Red Comet Productions is proud to announce three of the ‘80s greatest bands, all coming together LIVE on Tampa Theatre’s historic stage for one night only at 8:00pm Friday, March 6.

While Dire Straits no longer exists in its original form (and any slim hope the band will reform has been quashed by reports that Mark Knopfler may never tour again), DSL* Dire Straits Legacy brings together five of the original musicians who recorded and toured as members of Dire Straits, including Phil Palmer, Danny Cummings, Mel Collins, Jack Sonni, and Rock and Roll Hall of Famer Alan Clark. They are joined onstage by frontman Marco Caviglia, one of the world’s leading authorities on the music of Dire Straits and Mark Knopfler’s guitar style; legendary record producer and bassist Trevor Horn; and Primiano Di Biase, one of Italy’s most sought-after keyboardists.

“Dire Straits cannot exist without Mark Knopfler,” the band says, “but we are the next best thing. DSL* Dire Straits Legacy brings the music of Dire Straits – played by the musicians who made it – to fans who have been starved of hearing it for far too long.”

John Payne became the frontman of the supergroup ASIA in 1992 at the invitation of keyboardist Geoff Downes, replacing vocalist/bassist John Wetton. With Payne fronting the band, ASIA released eight more studio albums and several live recordings, and extensively toured the world for the next 14 years. In 2006, Downes left the band to reform the 1982 lineup for their 25th anniversary, but agreed that John Payne’s 14-year legacy with ASIA would endure, and he would continue to tour as ASIA Featuring John Payne.

Big Country broke massively worldwide with the release of their album The Crossing’s classic singles “Fields Of Fire,” “Chance,” and their signature song “In A Big Country,” which went on to sell more than 2 million copies and drive the album to three Grammy nominations in the USA. The run of success continued throughout the 1980s with the release of the anthem single “Wonderland” and their second album, Steeltown (1984), which debuted at No. 1 in the UK and featured the hit singles “East Of Eden,” “Just A Shadow” and “Where The Rose Is Sown.” 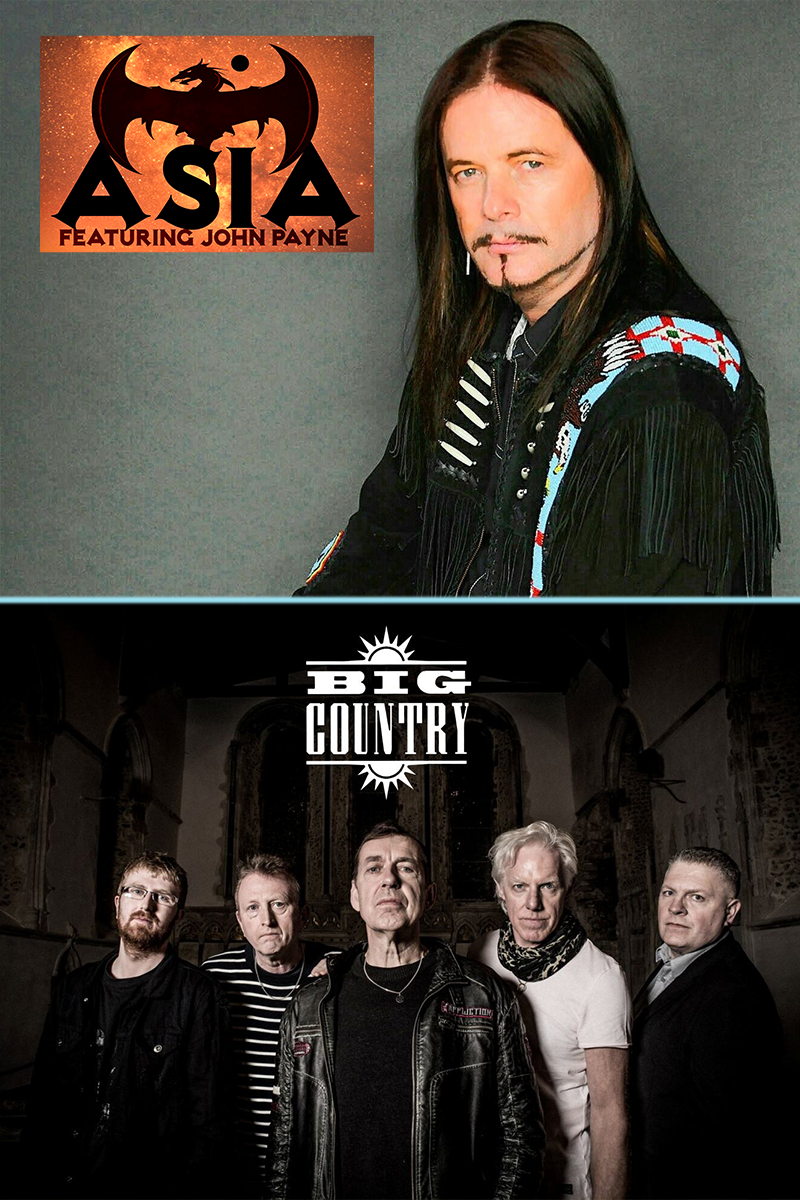