Tampa Theatre and Outback Presents are proud to announce that Heather McMahan is making Tampa Theatre the final stop on The Farewell Tour, with two shows planned at 8:00pm Friday, May 20 and Saturday, May 21, 2022.

If you don’t know who Heather is already, don’t worry… you will! Heather recently sold Good Grief, a television show based on her life, to Peacock with Annapurna producing. She can next be seen in the upcoming Netflix feature Love Hard, starring Nina Dobrev, Jimmy O. Yang and Darren Barnet, expected later this fall. Last year, Heather debuted her podcast, Absolutely Not with Heather McMahan which leapt into the top ten on iTunes on the day of the release.

A beloved standup comedian, Instagram storyteller & the best friend everyone wants, Heather has seen her fandom skyrocket with fans and the industry falling for her voice, her wit and her southern flair. Her audience on the platform has an average rate of engagement 4.4x higher than the average influencer on the platform and her growth has been explosive, doubling her following in just three months.

In 2019 Heather launched her tour, appropriately titled The Farewell Tour, which sold out venues from Atlanta to Charleston to Seattle in under a minute with numbers that blew away all involved. She was prepared for another sold out run, but then of course, 2020 happened. Not to be deterred, Heather did two virtual shows last summer and sold more than 32,000 tickets combined. She officially returned to the stage in August, kicking off the back half of The Farewell Tour with more than 30 dates in 2021.

Tickets range from $33.25-$83.25, plus applicable taxes and fees ($39.00-$92.75 total at the Box Office & $42.75-$98.50 online). A limited number of VIP add-on tickets will also be available in advance for an additional $80.00, plus applicable taxes and fees. VIP add-on tickets include exclusive post-show Q&A talkback with Heather McMahan, VIP lanyard, and autographed tour poster. VIP tickets can be added on to any ticket price. 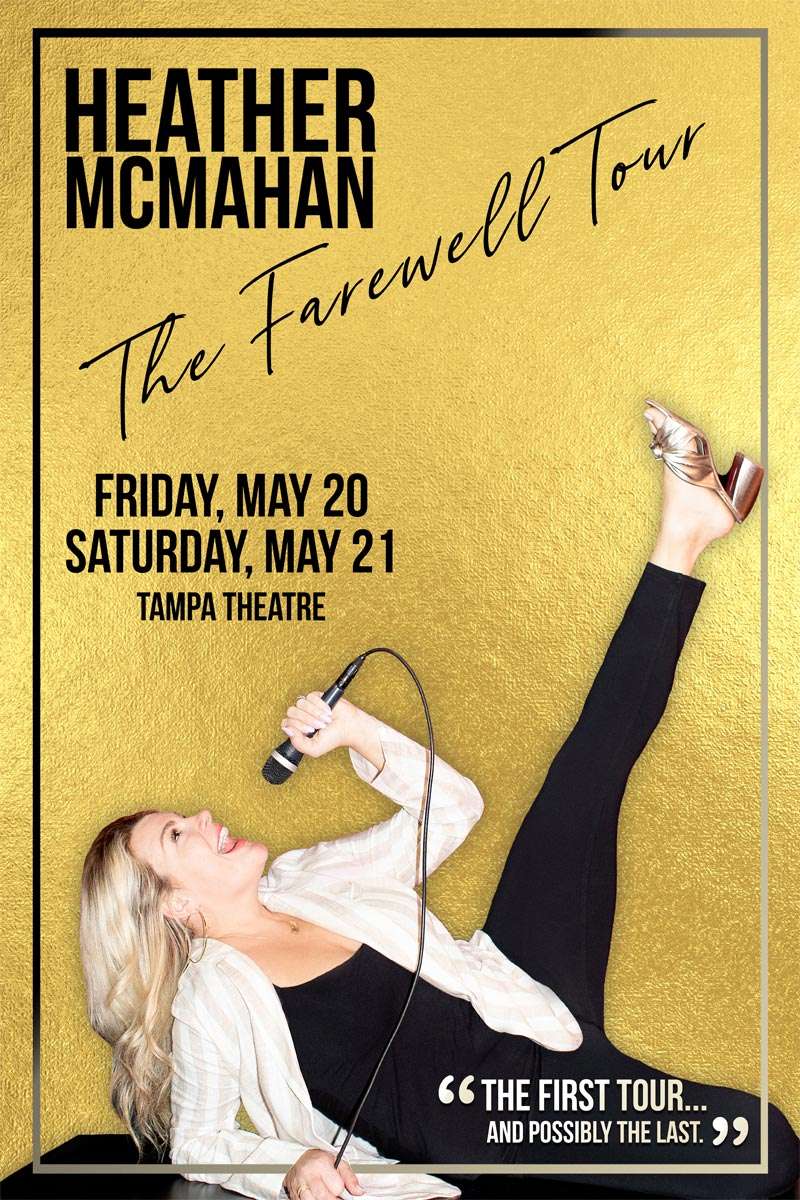