Tampa Theatre is proud to announce comedian Jo Koy is returning LIVE to the Tampa Theatre stage for FOUR shows on Saturday, February 29 and Sunday, March 1 with his Just Kidding World Tour, presented by ICON Concerts.

Fresh off the release of his highly anticipated Netflix special, Comin’ In Hot, streaming worldwide NOW on Netflix, the comedian is currently on the first leg of his Just Kidding World Tour, and just announced shows in Australia & New Zealand in addition to the added North American dates. The Just Kidding World Tour will feature ALL NEW material.

Koy has come a long way from his modest beginnings performing at a Las Vegas coffee house. As one of today’s premiere stand-up comedians, Koy sells out theaters and arenas around the world, and has been breaking ticket sale records with his infectious and explosive energy on-stage. He pulls inspiration from his family, specifically his son, with material that has universal appeal.

The comedian has had four highly-rated and successful stand-up specials on Comedy Central and Netflix. He can also be heard on his weekly podcast, The Koy Pond with Jo Koy by Starburns Audio.

In 2018, Koy was given the prestigious “Stand-Up Comedian Of The Year” award at the Just For Laughs Comedy Festival in Montreal. In 2019, the comedian reached #1 on the Billboard Charts for his stand-up comedy album, Live From Seattle. 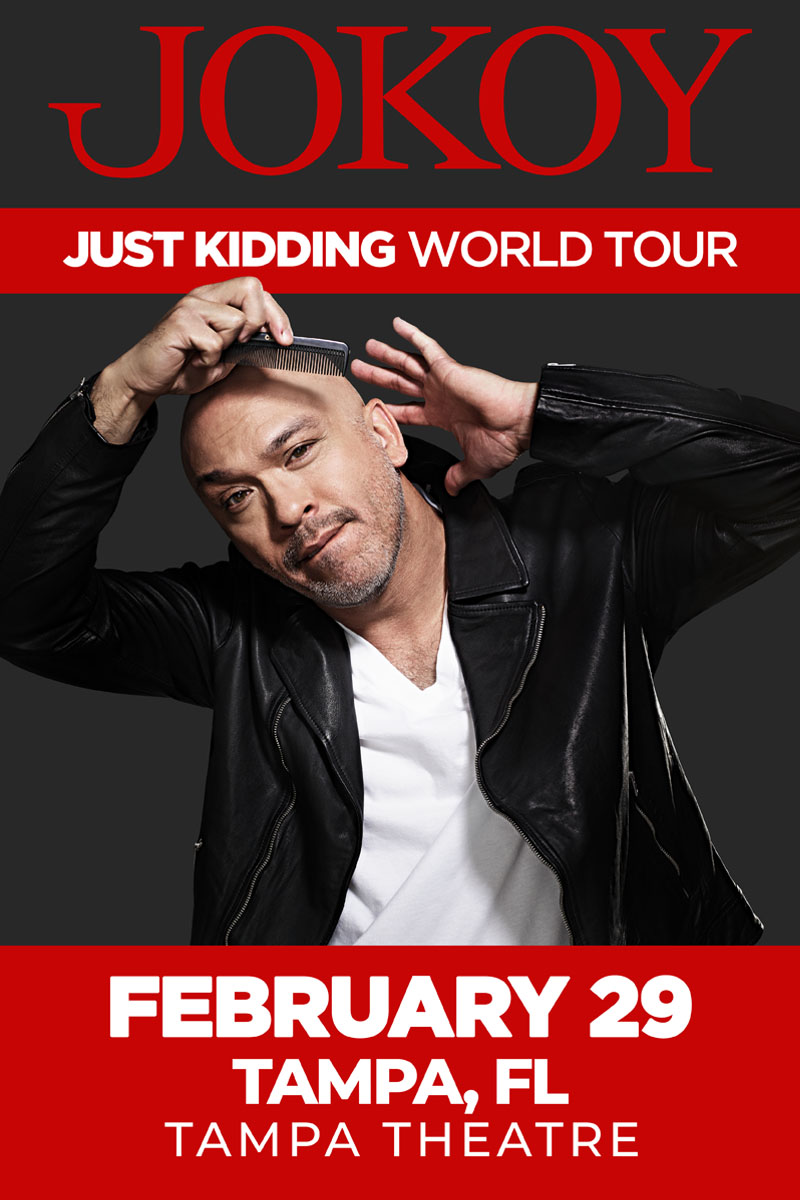