Tampa Theatre and AEG Presents are proud to announce an easy going, semi-acoustic, fireside evening with Lake Street Dive LIVE at Tampa Theatre at 8:00pm Sunday, May 3. Come as you are and sing along as the band performs a revue of their 16-year catalog of songs. Deep cuts, works in progress, and fan favorites, all sung around a grand piano. Silk pajamas encouraged.

Pulling in familiar elements and irreverently scrambling and recombining them, Lake Street Dive are at once jazz-schooled, DIY-motivated, and classically pop obsessed. Beginning with catchy songs that are by turns openhearted and wryly inquisitive, this northeastern quartet proceeds to inject them with an irresistible blend of abandon and precision. Composed of drummer Mike Calabrese, bassist Bridget Kearney, vocalist Rachael Price, and trumpet-wielding guitarist Mike “McDuck” Olson, Lake Street Dive encompasses a myriad of possibilities within its members’ collective experiences, and the resultant music is a vivid, largely acoustic, groove-driven strain of indie-pop.

Hailing from such disparate locales as Tennessee (Price), Iowa (Kearney), Minneapolis (Olson), and Philadelphia (Calabrese), Lake Street Dive first gathered in a room together when they were students at Boston’s New England Conservatory. The group drew early praise for their exuberant live shows and inventive original songs. They garnered further buzz with their 2012 covers EP Fun Machine, reinterpreting songs by George Michael, Hall & Oates, and the Jackson 5. The band’s sound continued to gel on 2014’s Bad Self Portraits, which cracked the Top 20 of the Billboard 200, and 2016’s Side Pony brought even more attention, landing on top of three Billboard charts, including Top Rock Albums, Folk Albums, and Alternative Albums.

Their new album, Free Yourself Up is, in many ways, the band’s most intimate and collaborative record. The band worked as a tightly knit unit to craft the ten songs and self-produced the album in Nashville. “Free Yourself Up is about empowering yourself, emboldening yourself,” says the band, “no matter what’s going wrong.”

Tickets range from $39.50-$59.50 plus applicable fees at the historic Franklin Street Box Office and online at www.tampatheatre.org. A limited number of VIP Pre-Show Experience tickets will also be available in advance for $140 plus fees and taxes, which include premium seating, a private pre-show sound check performance, a Q&A session with the band, an autographed poster and a commemorative laminate. 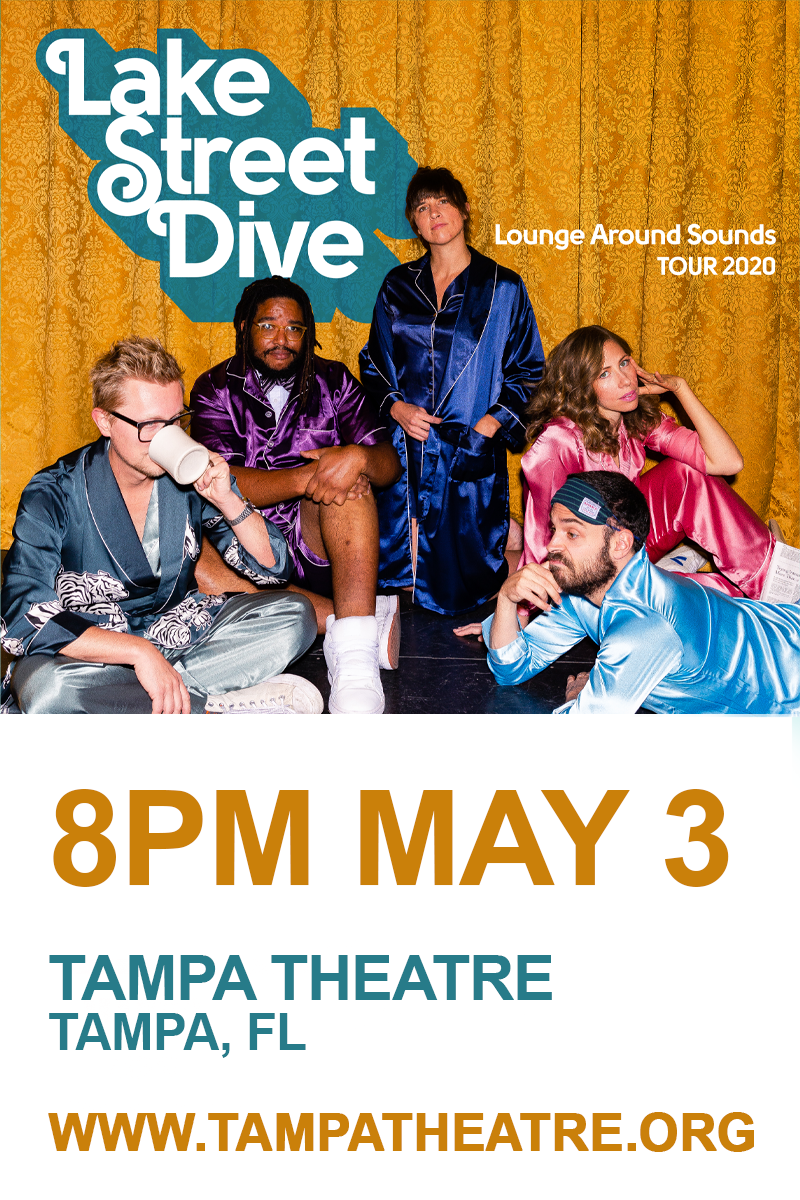