EARLY SHOW IS SOLD OUT

Tampa Theatre and AEG Presents are proud to announce that comedian Nikki Glaser will return to Tampa Theatre’s historic stage with The Good Girl Tour for TWO SHOWS at 7:00 and 10:00pm Friday, Feb. 3.

Nikki Glaser is one of the funniest female voices in comedy today. For over a decade at clubs and theatres across the country, and as the host of three hit podcasts, she has been honing her shockingly- honest, no-holds barred style of comedy. Her daily show, The Nikki Glaser Podcast, launched in 2021 through iHeartMedia and Will Ferrell’s Big Money Players Network. It is a daily companion podcast that is peppered with Nikki’s sense of humor and honesty to help keep listeners sane, well-informed and laughing through life. In July of 2022, she headlined her first HBO comedy special, Good Clean Filth, which has been nominated for a Critics Choice Award for Best Comedy Special. Nikki is currently on her nationwide and international comedy tour, which kicked off in January 2023.

Nikki has multiple stand-up specials and late-night tv appearances in which she jokes about her most humiliating moments as a woman in the modern world. Nikki’s past and current struggles with anorexia, depression, and anxiety are fair game in both her stand-up, and in in-depth interviews with The Howard Stern Show, Wtf With Marc Maron, Conan O’Brien Needs a Friend, and The Joe Rogan Experience. She has become a complete open book on mic – and not just for the laughs, she’s also adamant on being the empowering voice for women that she yearned for as a confused adolescent.

A limited number of VIP Meet & Greet tickets will also be available in advance for $149.50 plus applicable fees and taxes ($165.50 total at the Box Office & $174.25 total online). VIP tickets include one excellent seat location in the first five rows, plus a meet and greet and photo op with Nikki Glaser after the show. 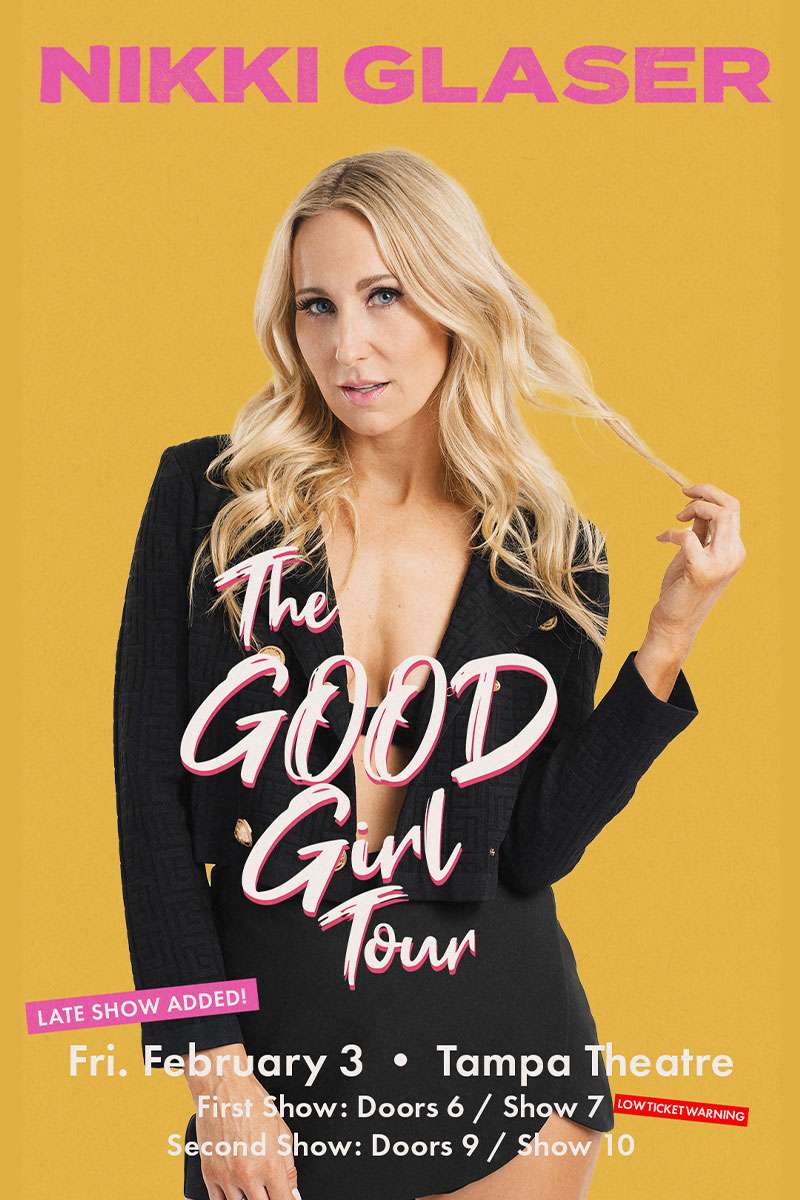