The Road Goes On Forever…until it doesn’t. Tampa Theatre, AEG Presents and Ruth Eckerd Hall On The Road are proud to announce that legendary Texas songwriter and entertainer Robert Earl Keen will make the Theatre’s historic stage a stop on his I’m Comin’ Home: 41 Years On The Road tour at 8:00pm Tuesday, May 31.

Keen made the announcement this past January with a personal video posted on his social media accounts. “I’ve been blessed with a lifetime of brilliant, talented, colorful, electrical, magical folks throughout my life,” Keen said. “This chorus of joy, this parade of passion, this bull rush of creativity, this colony of kindness and generosity are foremost in my thoughts today. It’s with a mysterious concoction of joy and sadness that I want to tell you that as of September 4, 2022, I will no longer tour or perform publicly.”

With a catalog of 21 albums, his band of stellar musicians, and many thousands of shows under his belt, Keen was ranked in POLLSTAR’s Top 20 Global Concert Tours in July, 2021. He has blazed a peer, critic, and fan-lauded trail that’s earned him living-legend status in the Americana music world: The Americana genre was officially recognized by the music industry in 1998 and Keen was the first artist to be featured on The Gavin Report’s Americana Music Chart and on the debut cover of its magazine.

Keen was weaned on classic rock and Willie Nelson records. By the time he entered Texas A&M University, Robert taught himself how to the play the guitar and turned his poetic musings into songs. These early days are captured in spirit on the Keen/Lyle Lovett co-write, “The Front Porch Song,” which both artists recorded on their respective debut albums, and in Happy Prisoner, REK’s bluegrass recording.

After his debut release, Robert moved to Nashville. He worked at the legendary Hatch Show Print as a pressman. When he returned to Texas, Robert had a publishing deal, a new label, and a national booking agent. He released The Live Album and West Textures, the seminal album which debuted the rowdy rockin’ fan favorite “The Road Goes on Forever.”

Robert continued to steer clear of the waters of the country mainstream. His authentic alternative to three-and-a-half minute repetitious radio tunes formed the perfect storm of Keen’s literate song craft, razor wit and killer band. It stirred up a grassroots sensation not seen since the ’70s heyday of maverick outlaw country.

After the tour, Keen will continue to write music and create, host his popular podcast, support young artists, and follow his artistic muse wherever it takes him.

Joining Keen for his Tampa Theatre show is singer/songwriter/guitarist Kelsey Waldon. On her new album No Regular Dog, Waldon shares a gritty and glorious portrait of living in devotion to your deepest dreams: the brutal self-doubt and unending sacrifice, hard-won wisdom and sudden moments of unimaginable transcendence. Revealing her supreme gift for spinning harsh truths into songs that soothe and brighten the soul, the Kentucky-bred artist ultimately makes an unassailable case for boldly following your heart — a sentiment perfectly encapsulated in No Regular Dog‘s raw and radiant title track.

Current Tampa Theatre policy recommends wearing a mask to enter the building, in common areas of the Theatre, and at your seat unless actively eating or drinking.

Please note that COVID-19 policies may change from show to show, based on local conditions and best practices at the time of the performance, as well as per the artist’s request.

Before your visit to Tampa Theatre, please visit the “COVID Protocols” section of our KNOW BEFORE YOU GO page to familiarize yourself with our policies and procedures. 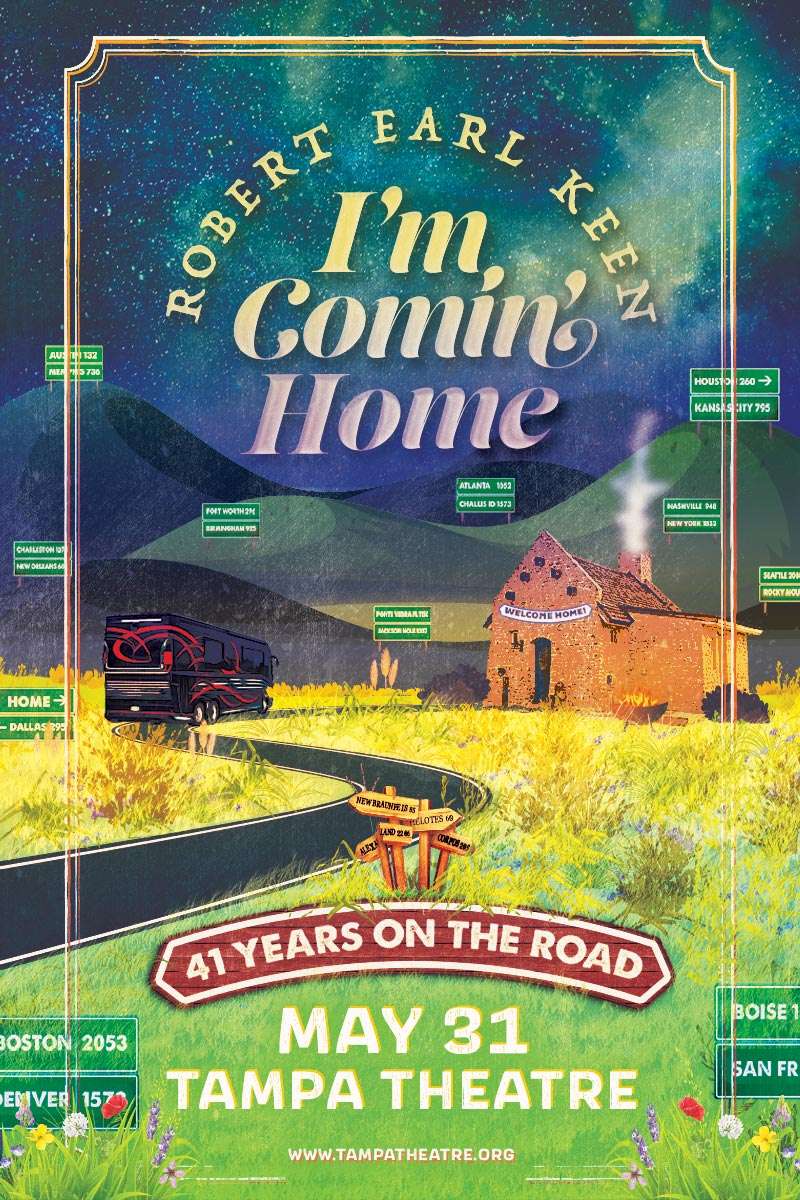