Tampa, 1927. At the magnificent Tampa Theatre, Oct. 22 is opening night for the new silent comedy Now We’re in the Air, and with it, opening night for the hottest new Vaudeville act to tour the circuit. A packed house has gathered. But just minutes before the auditorium doors are scheduled to open, the Theatre Manager rushes in: the star is dead… stabbed in her dressing room. The murderer must still be in the building. Nobody leaves until the killer is caught, and clues seem to be everywhere!

Steeped in the same tradition as Tampa Theatre’s popular BeerFest and WineFest fundraising events, SpiritsFest: “Opening Night” invites patrons to help sort through the dubious motives and solve the suspicious murder, all the while sampling creepy craft cocktails at every stop. Once the whodunnit is solved, the evening will conclude in the lobby, featuring desserts and a cash bar. Because remember: The more spirits you drink, the more spirits you see!

Tickets are $100 ($90 for Tampa Theatre Members). Attendance is extremely limited and 1920s-inspired attire is encouraged.

Must be 21 or older with valid ID to participate 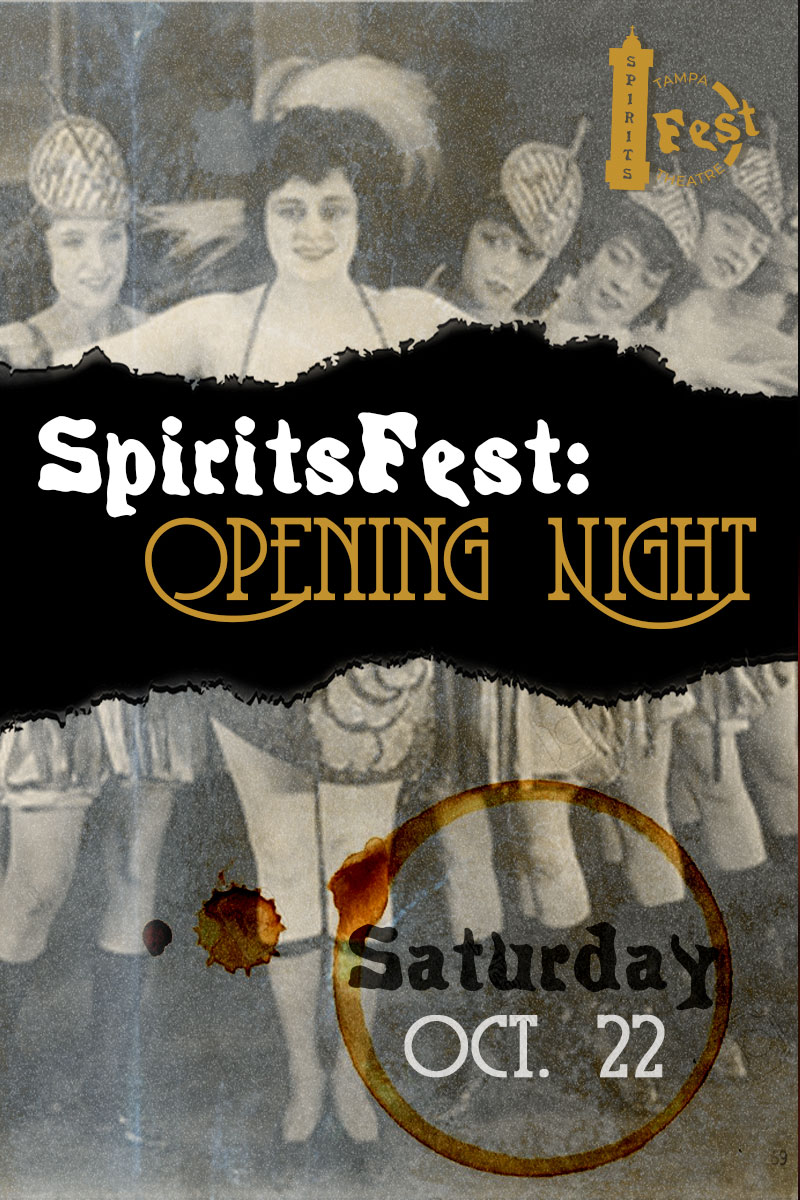