It would be wrong to call All That Jazz psychedelic, but it certainly would be accurate to call it trippy. Percussive editing and an aggressive use of bizarre camera technique (it’s considered one of the best edited movies of all time) contribute to an off-balance, otherworldly sensibility. All That Jazz is a transparently autobiographical film by famed dancer, director and choreographer Bob Fosse — the mind behind Sweet Charity, Cabaret, and the famed Fosse “amoeba” — about a dancer, director and choreographer named Joe Gideon (played with incredible sensitivity by Roy Schneider, who comes off like an especially handsome and well-dressed skeleton) trying to balance staging his latest Broadway musical while editing a Hollywood film he has directed. Gideon is a genius (which Fosse was), but he’s also presented as egomaniacal, addicted, a workaholic, cruel … all of which Fosse may have been as well. Many creative people wouldn’t have the willpower to make such a jarring and conflicted movie about themselves. But even if they did, it probably wouldn’t have some of the greatest songs and dance numbers in musical film history, which All That Jazz does. Stanley Kubrick once called it the “best film I think I have ever seen.” There is a deep and somber, dreamlike fantasy to All That Jazz that a lot of movies aspire to but few reach.

Immediately after the screening, stick around for a special post-film conversation with All That Jazz featured principal dancer Gary Flannery. Retired Tampa Bay Times film critic Steve Persall will interview Gary about his work with Bob Fosse and moderate an audience Q&A. The session is included with film admission.

This screening is sponsored by Tucker/Hall. 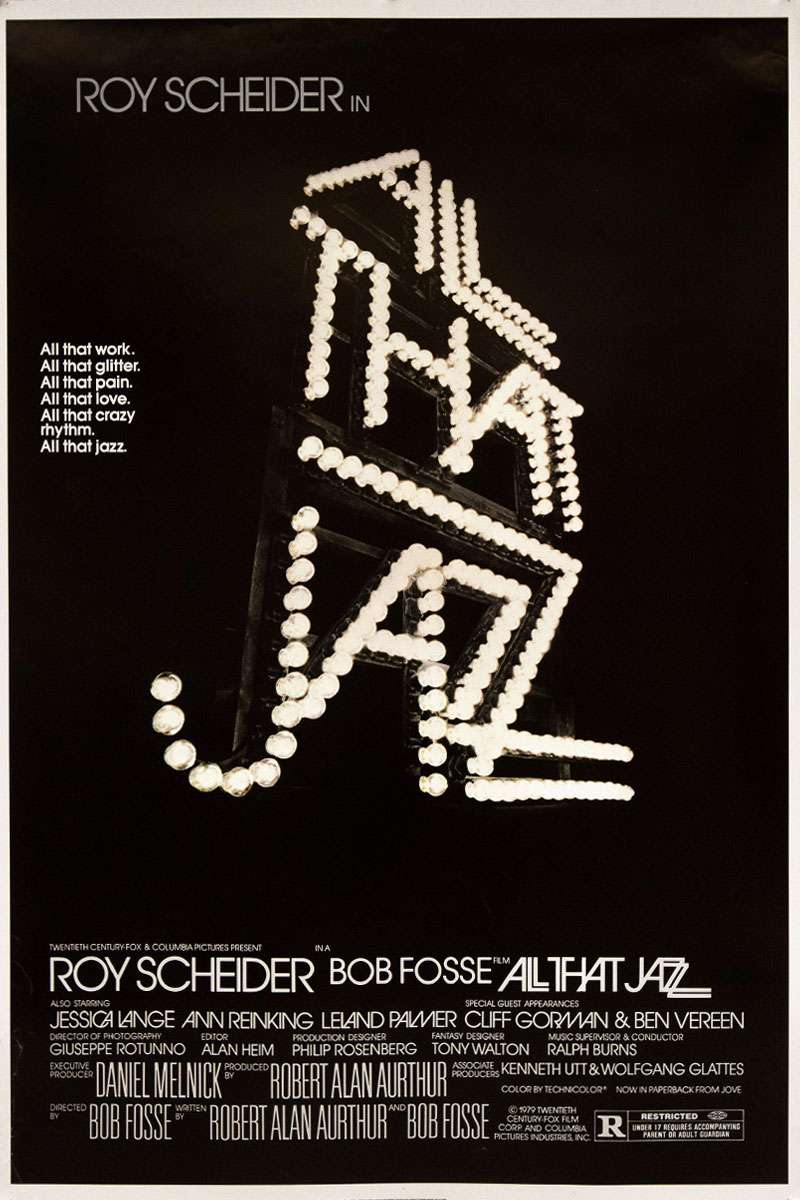