Consider this timeline: director Tim Burton makes Pee-wee’s Big Adventure in 1985 with huge financial success. As a result, Warner Bros. is willing to pay for him to develop a script for the next movie he wants to make but not quite ready to green-light its production, so he takes a job directing Beetlejuice. In the process he gets Michael Keaton to play the titular haunter, who he would eventually also put in the famous Batman cape and cowl. So from 1985 to 1990, Tim Burton makes Pee-Wee’s Big Adventure, Beetlejuice, Batman and Edward Scissorhands. That’s maybe the weirdest run of four enormously successful movies in a row ever. And Beetlejuice is the first time we see Tim Burton fully being himself – full of his insectile, spindly horror designs, perfectly cast and dripping with his particular sense of humor, Beetlejuice immediately found its way into audiences’ hearts. There’s everything to love about this dark, hilarious comedy. 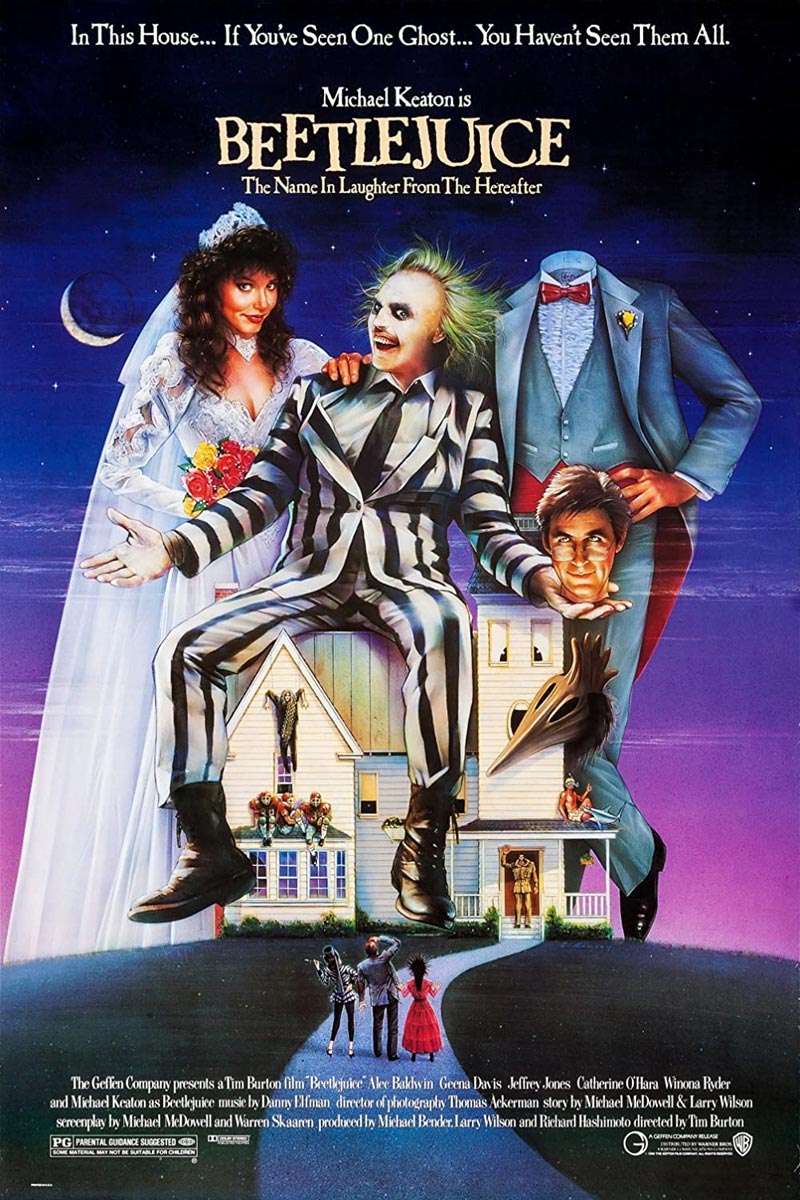