Starring Nicole Kidman and Javier Bardem as both on-screen and off-screen couple Lucille Ball and Desi Arnaz, Being The Ricardos chronicles the tumultuous relationship of the stars of the genre-defining ’50s sitcom I Love Lucy.

Written and directed by Academy-Award®-winner Aaron Sorkin (The West Wing, The Trial of the Chicago 7), this revealing glimpse of the couple’s complex romantic and professional relationship, the film takes audiences into the writers’ room, onto the soundstage and behind closed doors with Ball and Arnaz during one critical production week — from a Monday table read to a Friday shoot — of their groundbreaking show. But more than workplace drama, it also discusses the racist, bigoted cultural taboos they had to navigate: Desi was discriminated against as a Cuban, their marriage was held against them, and Lucy had to defend his right to be on the show at all.

Come see this fascinating character study of two bigger-than-life entertainers before it starts streaming — and before the Oscar® heat around it ignites! 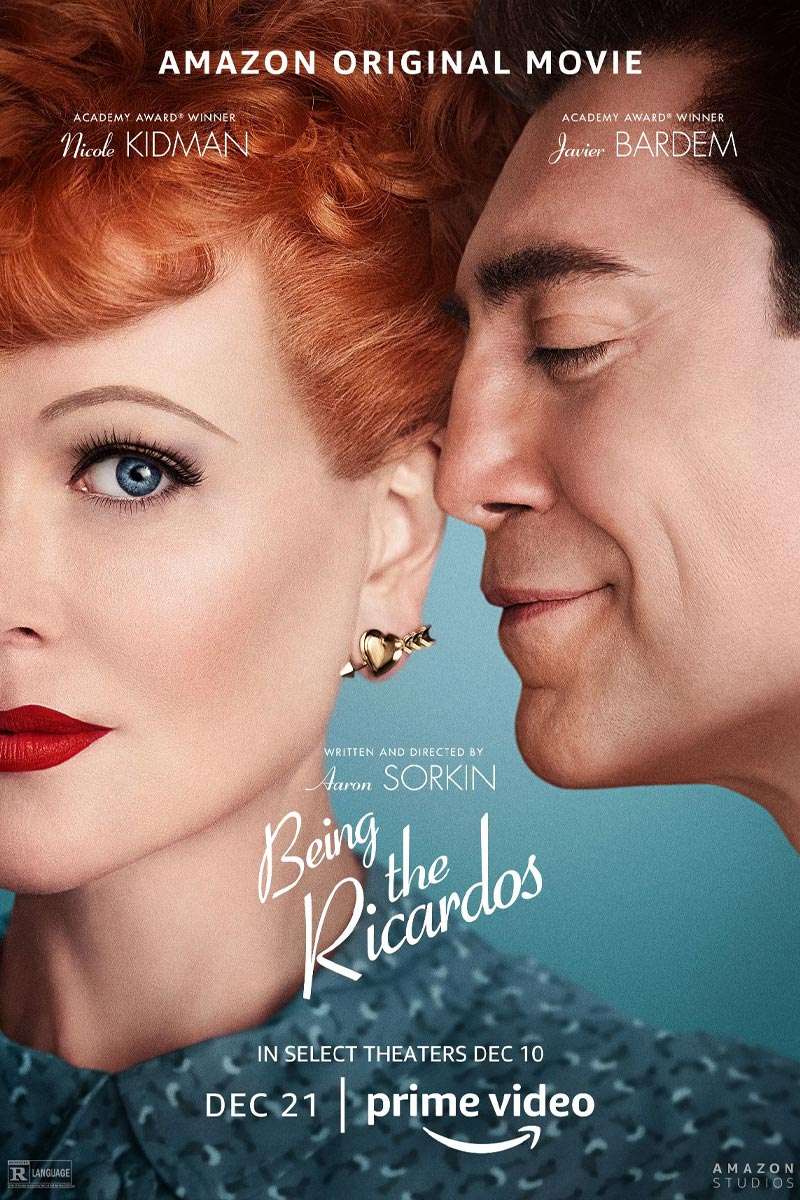