Having plundered Shakespeare, Disney, Marvel, and most recently Agatha Christie for material, director Kenneth Branagh heads closer to home for new movie Belfast, crafting a film about his childhood in Northern Ireland, which played out as sectarian violence was tearing the region apart. Opening with a colorful travel ad-like introduction to today’s Belfast (Public art! Glorious old buildings!) Branagh moves into a black and white look at 1969, when the life of a young 9-year-old boy named Buddy (Jude Hill) is disrupted by the Protestant violence targeting his Catholic neighbors. In-between trying to understand religious intolerance and his new militarized neighborhood, Buddy goes on with life. He comes home to his Ma (Caitriona Balfe) and brother Will (Lewis McAskie), and they all await the return of Pa (Jamie Dornan) from his job in London. After school, Buddy sometimes stops by his grandparents’ (Ciarán Hinds and Judi Dench) home for advice on how to talk to his crush and confess his fears about leaving home.

Far and away Branagh’s most personal movie and one of his very best, Belfast holds so much love for its characters. His choice to shoot in black and white with cinematographer Haris Zambarloukos brings to mind projects like Alfonso Cuarón’s Roma and Pawel Pawlikowski’s Cold War, both recreations of the past based on the experiences of loved ones. Visually stunning, emotionally wrenching and gloriously human, Belfast takes one short period from Branagh’s life and finds in it a coming-of-age story, a sweet and bright-toned comedy, a portrait of a city fracturing in an instant and a profoundly moving lament for what’s been lost during decades of strife in his homeland of Northern Ireland. 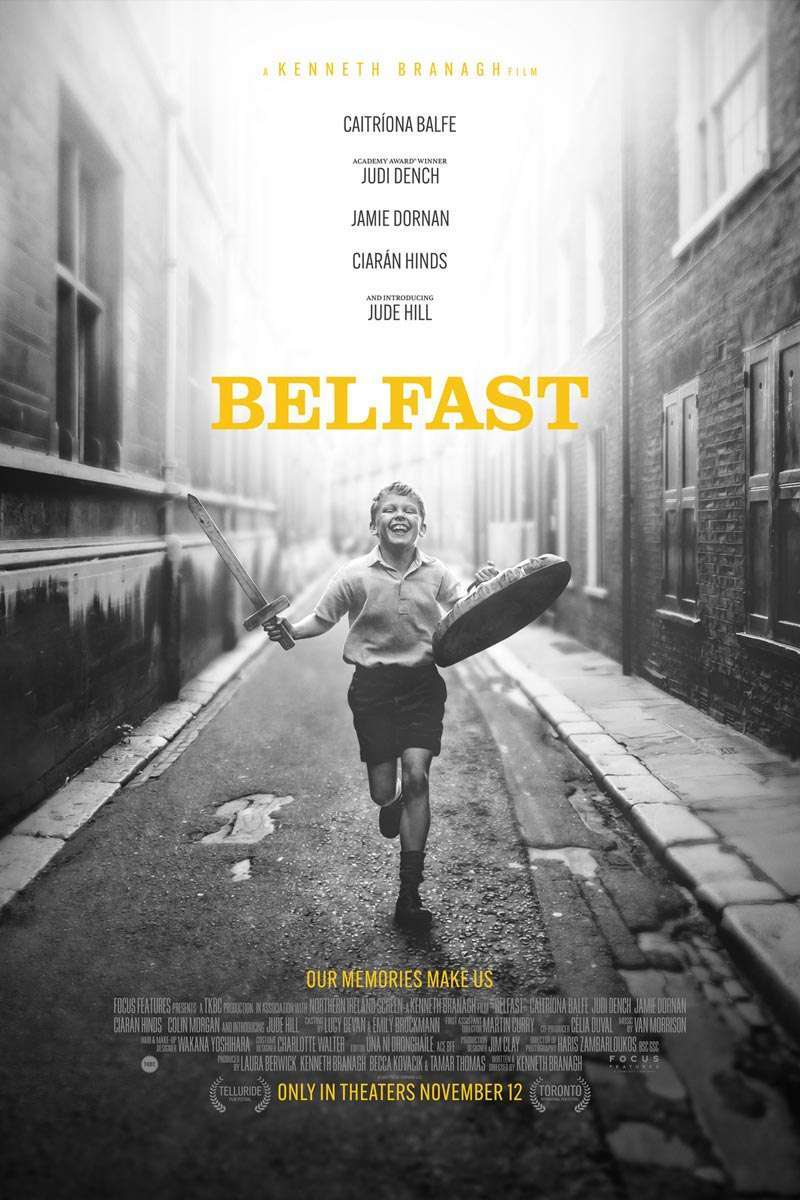