Based on the international bestseller by rock-star economist Thomas Piketty (which sold over three million copies worldwide and landed Piketty on Time’s list of most influential people), this captivating documentary is an eye-opening journey through wealth and power. The film breaks the popular assumption that the accumulation of capital runs hand in hand with social progress, and shines a new light on today’s growing inequalities. Traveling through time, the narrative assembles accessible pop-culture references coupled with interviews of some of the world’s most influential experts.

The result is “a spry, erudite, and consistently watchable documentary that articulates how we got here, and why things are only going to get worse if we don’t right the balance between economic growth and consolidated wealth” (Indiewire) from award-winning director Justin Pemberton.

Please join French economist Thomas Piketty – best-selling author of the 2013 book Capital in the Twenty-First Century – and other experts from the film for a FREE virtual roundtable discussion on Sunday, May 3 at 3:00pm EST, presented by The New Republic

After your purchase you can watch Capital in the 21st Century for five days on your computer, phone, or tablet, or cast to your Google Chromecast or Smart TV. You can also download the Kino Now app for Roku or Apple TV (requires tvOS 9.0 or later) and watch the film there. 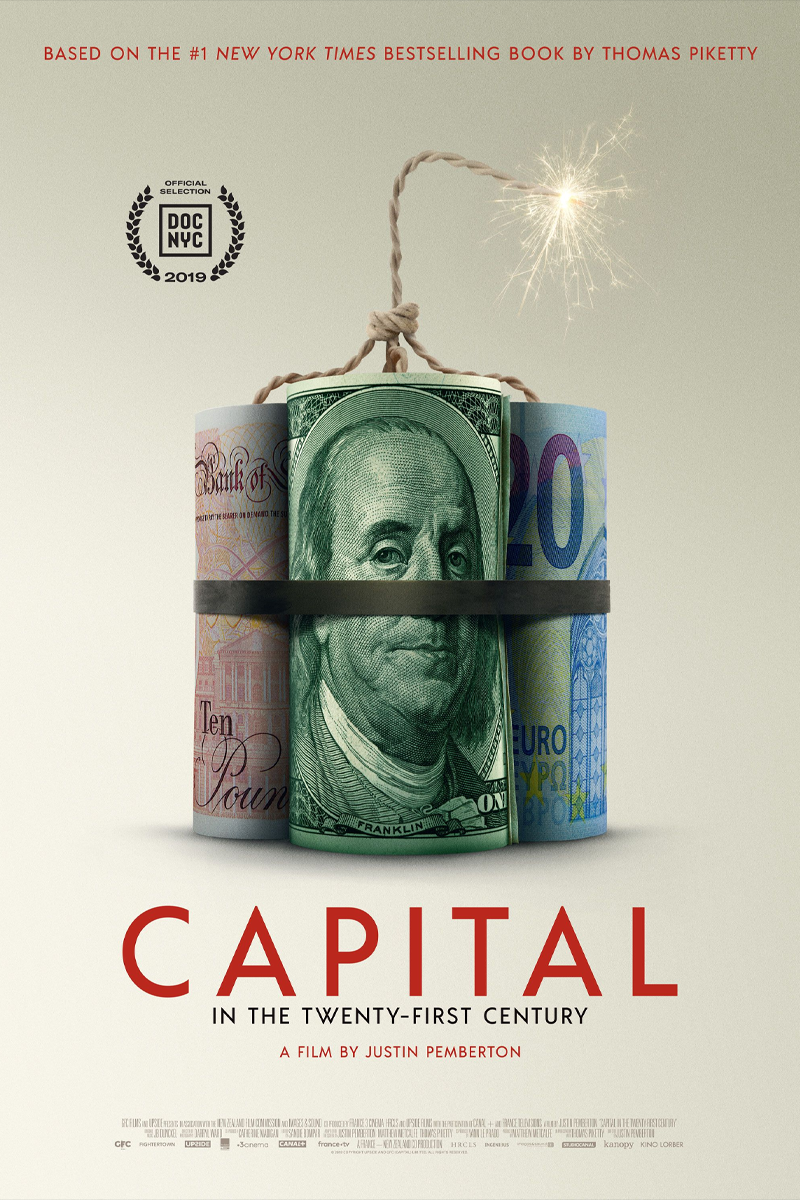