Prince Akeem (Eddie Murphy) is the prince of a wealthy African country called Zamunda and wants for nothing, except a wife who will love him regardless of his title. To escape an arranged marriage, Akeem flees to America accompanied by his persnickety sidekick, Semmi (Arsenio Hall), to find his queen. Disguised as a foreign student working in fast food, he romances Lisa (Shari Headley), but struggles with revealing his true identity to her and his marital intentions to his father the King (James Earl Jones).

After working together on the hugely successful breakout comedy Trading Places, director John Landis and comedian Eddie Murphy had two very different career arcs. Specifically, Eddie Murphy was the biggest comedy star in the world and John Landis went through a series of flops and tragedies. So when given a chance to develop a film on his own, Murphy wanted to do his friend a favor and personally selected Landis to direct. They famously had serious personality conflict on set, nearly ending up in a physical fight. But to his credit, Landis let Murphy completely off the leash. Coming to America isn’t a straight-man buddy-comedy two-hander like Trading Places. With a mix of real emotional profundity, a serious interest in African diasporan identity, and his remarkable ability to play multiple characters, it almost feels more like an Eddie Murphy concept album than a regular Hollywood comedy, and benefits heavily from that freedom.

Join us before the show for a “Welcome to Zamunda” community marketplace in the lobby, starting at 2:00pm with music, vendors, and cocktail demonstrations by series sponsor Uncle Nearest Premium Whiskey. 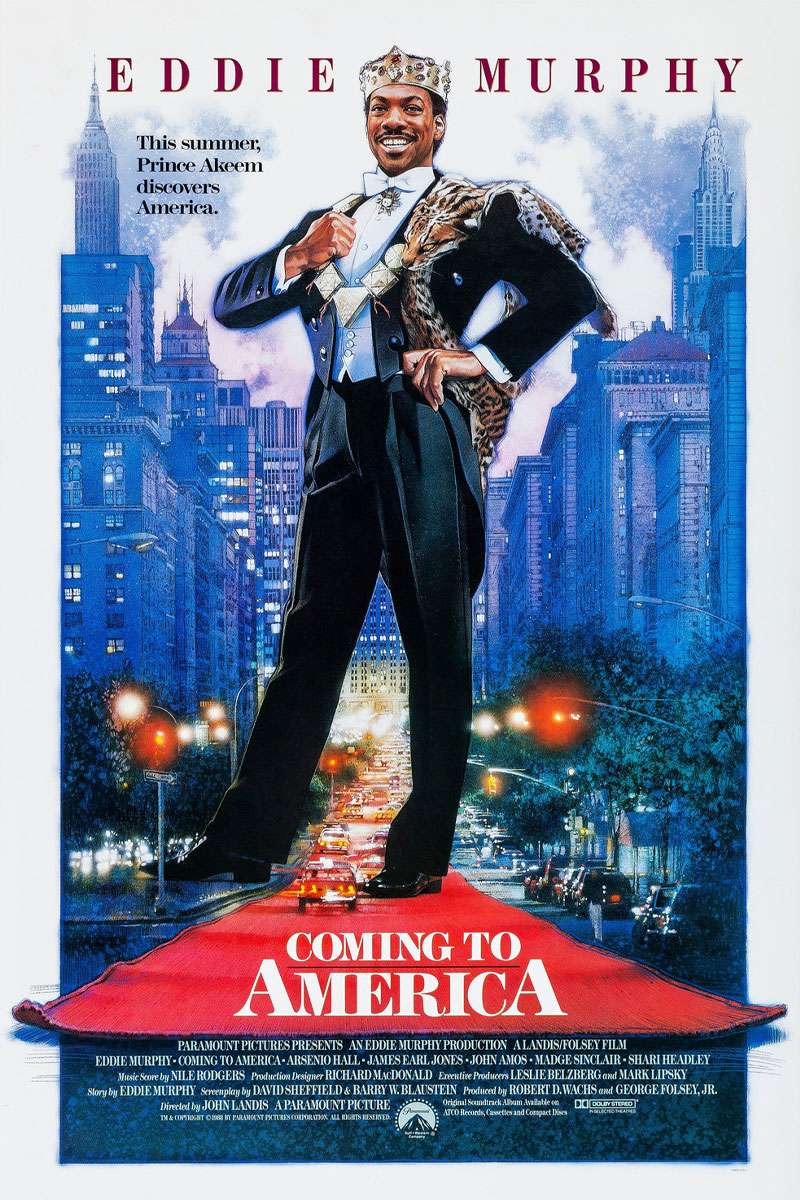