Want to get scared but have a short attention span? We’ve got just the thing. It’s Stephen King’s Creepshow, a horror anthology movie directed by the famed George Romero and starting Hal Holbrook, Adrienne Barbeau and Leslie Nielsen, among others. The frame story of the movie is of a kid reading a classic horror comic book of the 1950s, something like Vault of Horror or Tales from the Crypt, and the movie plays homage to those comics in both tone and effects.

The horror anthology has had a long history in movies, but had mostly died off until its revival in 2012 with the V/H/S series. Something about horror is particularly suited to anthology, though; short pieces can develop a scary idea quickly without requiring a lot of development of character relationships, and with disconnected stories the audience never gets the feeling that they’re missing anything. Creepshow pulls it off in delightfully irreverent fashion. Come for the Stephen King tie-in, stay for the miniature yeti murder. 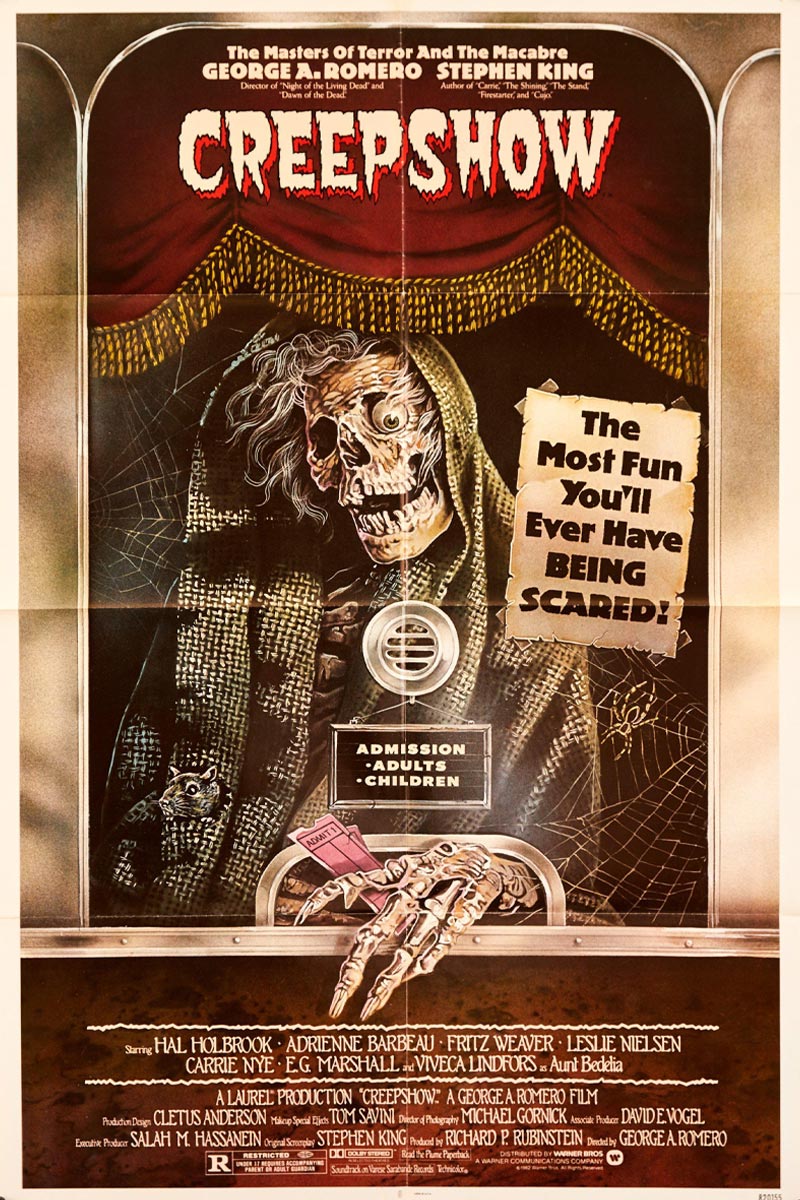