Sheriff Dan Gillis has a nice life with his wife, teacher Janet Gillis, in the friendly coastal town of Potter’s Bluff. That is, until a bevy of tourists start getting murdered. Upon investigating, Sheriff Gillis realizes that the dead are reanimating, and he begins to suspect Janet and her new interest in witchcraft may have something to do with it. But what part does William G. Dobbs, the creepy coroner, play in this supernatural game?

Dead & Buried was, itself, dead and buried for a few decades before fans began to realize its crazy network of connections. It was the last live-action role played by Jack Albertson – best known as Charlie’s grandpa in Willy Wonka & the Chocolate Factory – who had a long career working with comedy pioneers like Jackie Gleason, Dick Van Dyke and Lucille Ball. It’s got an early big-screen performance from Robert Englund, who of course would go on to play Freddy Kreuger. The screenplay came from Ronald Shusett (screenwriter of Alien, Aliens, Total Recall and more) and Dan O’Bannon (the other writer of Alien, a John Carpenter collaborator and would-be special effects supervisor for Alejandro Jodorowsky’s doomed Dune). And it landed itself on the famous “video nasty” list in the UK when it was released. So maybe there’s something unexpected buried (pun fully intended) in this brand-new 4k restoration for you to dig up, too? 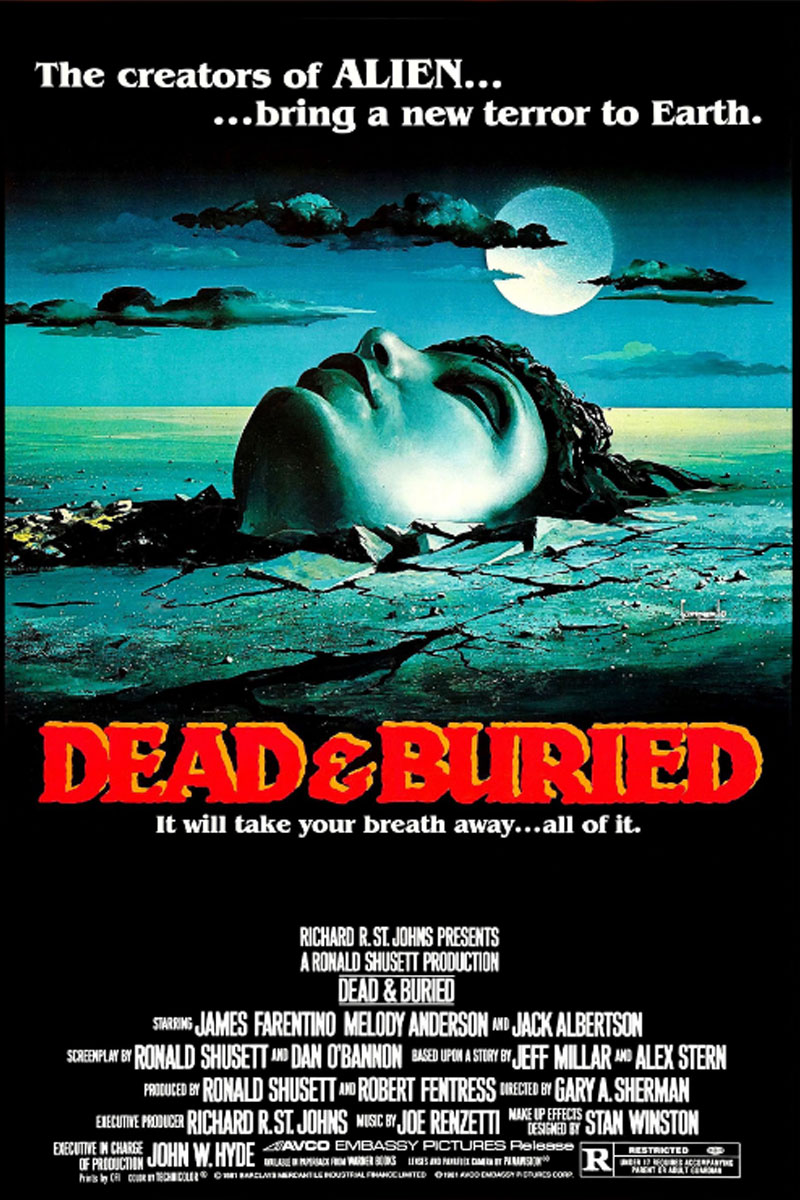