Denise Ho – Becoming the Song profiles the openly gay Hong Kong singer and human rights activist Denise Ho. Drawing on unprecedented, years-long access, the film explores her remarkable journey from commercial Cantopop superstar to outspoken political activist, an artist who has put her life and career on the line to support the determined struggle of Hong Kong citizens to maintain their identity and freedom.

Denise’s story mirrors almost perfectly the last three decades of Hong Kong’s uneasy relationship with China. A top international recording artist in Hong Kong and across China and other Asian nations, the turning point in her career came during the seminal moment of change for Hong Kong, the Umbrella Movement of 2014. Her public support of students who demanded free elections and occupied central Hong Kong for nearly three months had immediate and lasting consequences: she was arrested and then blacklisted by China.

Under pressure, sponsors dropped Denise and venues refused to let her perform. The film follows Denise on the road as she tours the U.S., Canada and UK and prepares to release a new hit song, attempting to rebuild her career. But it soon became clear she is also reflecting on her life’s trajectory. In June 2019, Hong Kong exploded in anti-extradition law protests with millions taking to the streets, and Denise once again faced a turning point. She has been in the streets with the tear gas and water cannons. She has tried to mediate for and protect the protesters. She has addressed the United Nations and U.S. Congress to explain the crisis and plead for international help, making it clear that Hong Kong’s struggle is a desperate fight for basic freedom and democracy around the world.

After your purchase you can watch the Denise Ho for five days on your computer, phone, or tablet, or cast to your Google Chromecast or Smart TV. You can also download the Kino Now app for Roku or Apple TV (requires tvOS 9.0 or later) and watch the film there. 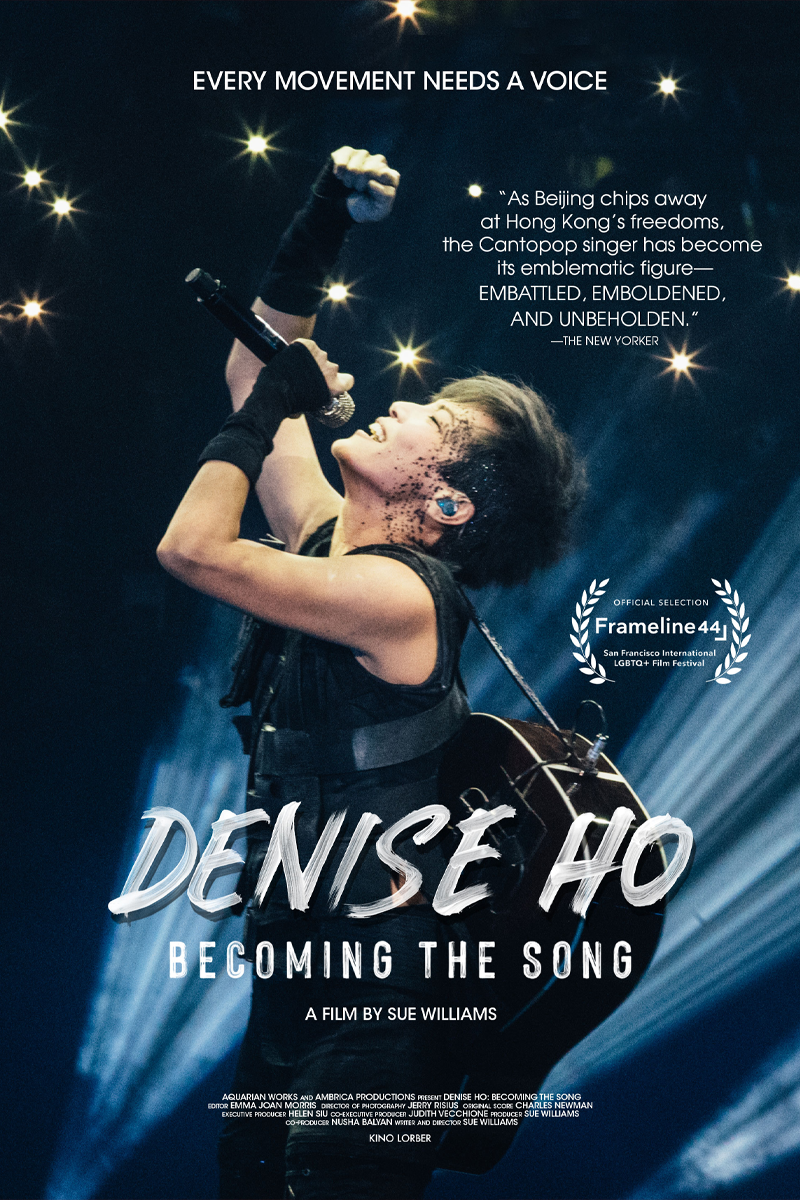