When Jane is dumped at the altar, she has a breakdown and spirals into a chaotic world where love (both real and imagined) and family relationships collide with both touching and humorous consequences. But things change when she begins a darkly comic romance with Mike, a failed musician and fellow lost soul.

Academy Award-nominee Sally Hawkins (The Shape of Water) stars as the fragile-but-irrepressibly resilient woman who hears voices and has paranoid episodes – her symptoms sometimes aggravated by her mostly vile, self-centered family – surrounded by a supporting cast that includes David Thewlis, Alice Lowe, Billy Piper, Penelope Wilton and Morfydd Clark. Eternal Beauty is the feature helming debut of Welsh actor turned writer-director Craig Roberts (who played Hawkins’ son in the indie hit Submarine), who was inspired by someone in his own family with a similar mental profile and his desire to pay tribute to his beloved relative with care and attention instead of stigmatizing her condition.

The film’s distributor, Samuel Goldwyn Films, will split the remaining revenue with Tampa Theatre, 50/50. Please note that this arrangement, in these unprecedented times, means that we are unable to offer Member pricing for virtual screenings. Thanks for your understanding, and THANK YOU FOR CONTINUING TO SUPPORT TAMPA THEATRE! 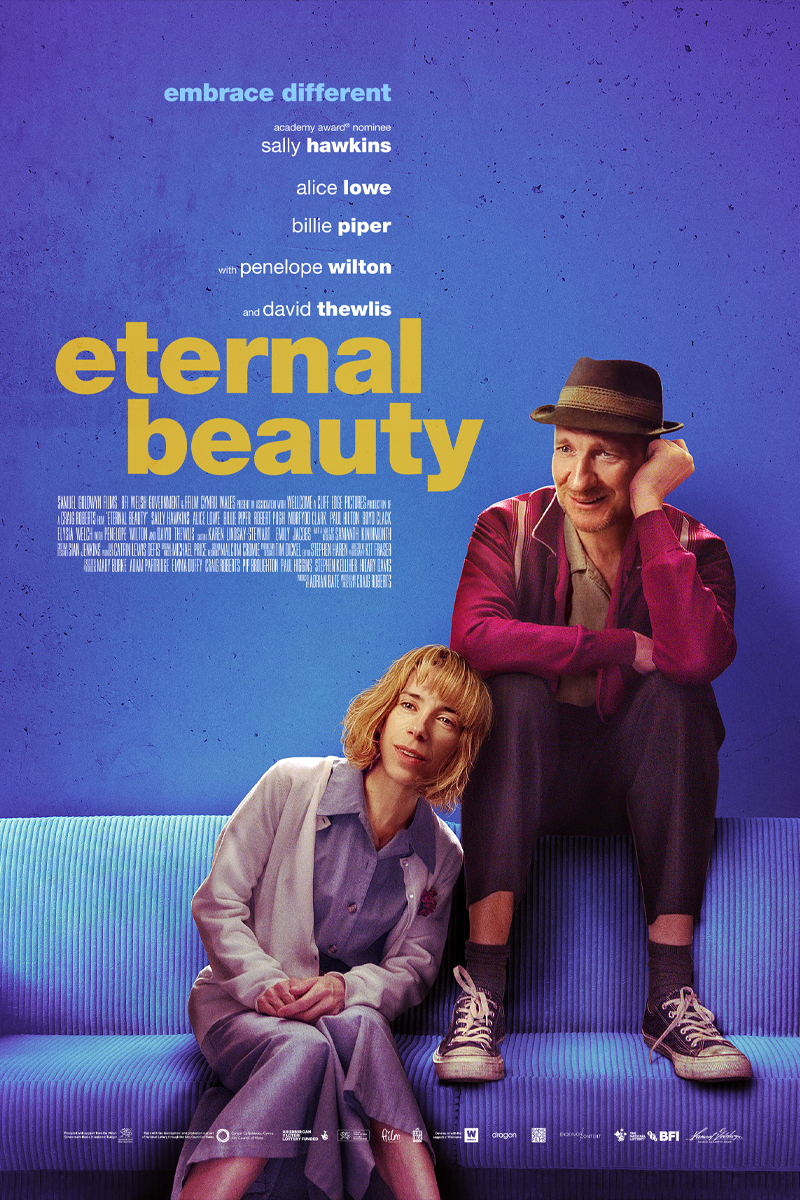