Evil Dead 2: Dead By Dawn is one of that rarest and most delicate of film series entries — the combination sequel/remake. Stephen King, a fan of the original, went to bat for Sam Raimi with powerful Hollywood producer Dino De Laurentiis. With a much bigger budget now in his hands, Raimi envisioned bringing Ash into medieval times, but De Laurentiis wanted something more similar to the first movie. So here’s Evil Dead 2, not a remake but in a lot of ways Raimi’s second draft on some of the same ideas.

Evil Dead 2 finds hero Ash Williams (Bruce Campbell) once again battling horrifying demons at a secluded cabin in the woods. After discovering an audiotape left by a college professor that contains voices reading from the Book of the Dead, Ash’s girlfriend Linda (Denise Bixler) becomes possessed by evil spirits that are awakened by the voices on the tape. Ash soon discovers that, once more, there is no escape from the woods — at least, not alive. 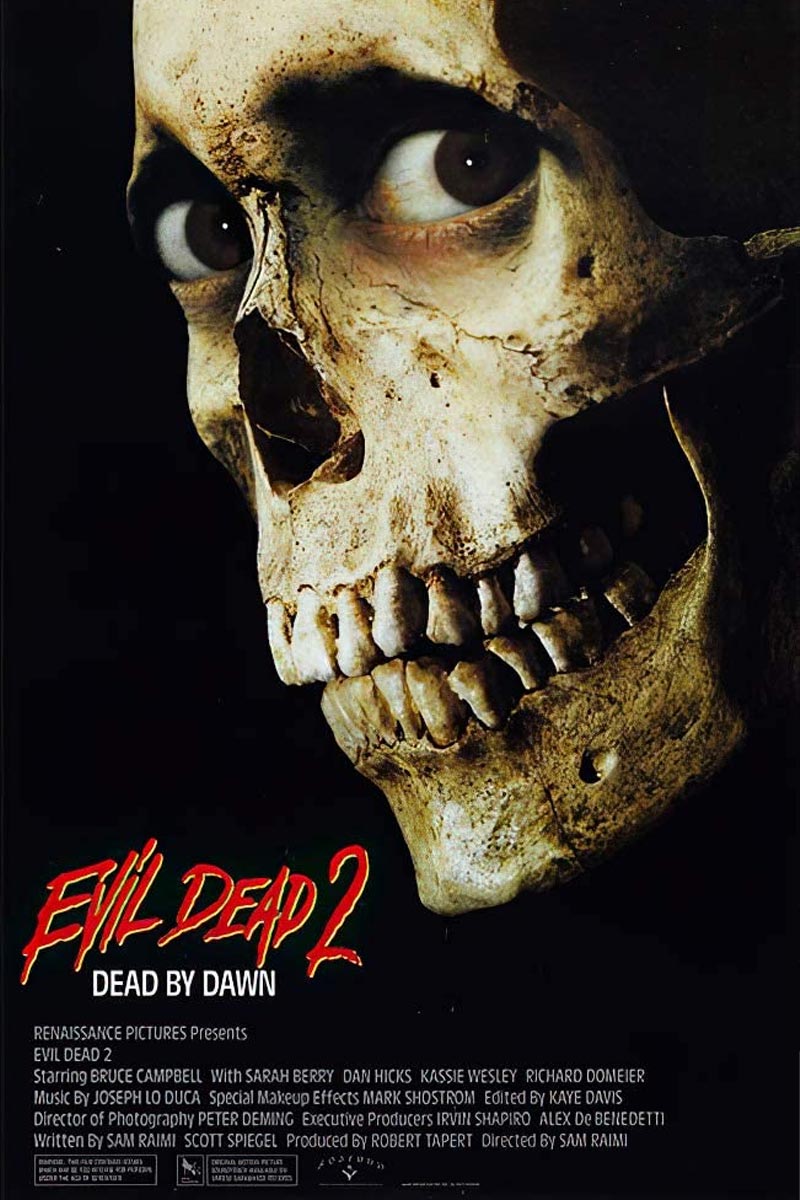