Bear with us for a few sentences. Like Zero Hour! and Airplane!, it’s impossible to talk about Fail Safe without discussing its prankish doppelgänger, Dr. Strangelove. The good news is we can make up that time in the plot summary; if you know the story of one, you already know the story of the other. Stanley Kubrick’s classic Dr. Strangelove was based loosely on a novel called Red Alert, though he began developing the movie before he’d even heard of the book. Red Alert was a straight military drama-thriller, in which a delusional Air Force general is able to launch a nuclear attack on the USSR without any check on his command. Strangelove took the same premise and exaggerated it to its darkly-comic conclusion. But during production, Kubrick learned that Fail Safe, a serious drama in which a delusional Air Force computer is able to launch a nuclear attack etc., was due to come out at the same time. Desperate not to be beaten to theaters, they sued to claim plagiarism and settled out of court with the agreement that Columbia Pictures also buy and release the independently-financed Fail Safe — and they did, eight months after Strangelove.

All that mishegoss meant that Fail Safe has mostly been relegated to the status of a trivia question, and it deserves a lot better than that. The plot is more sensible than Strangelove, its decisions are a lot darker, and its stagey, claustrophobic setting and Expressionist use of light and shadow cranks up the tension minute by minute. Great performances from Henry Fonda, Dan O’Herlihy and star Walter Matthau (as Professor Groeteschele, a slick, cold-blooded professor of political science — basically a pre-parody Dr. Strangelove) draw you into a nightmarish plot that, horrifically, still feels relevant today.

This title was chosen by Tampa Theatre donor Ed Golly who bid on the opportunity to “Pick A Classic” during our WineFest fundraiser auction in March. 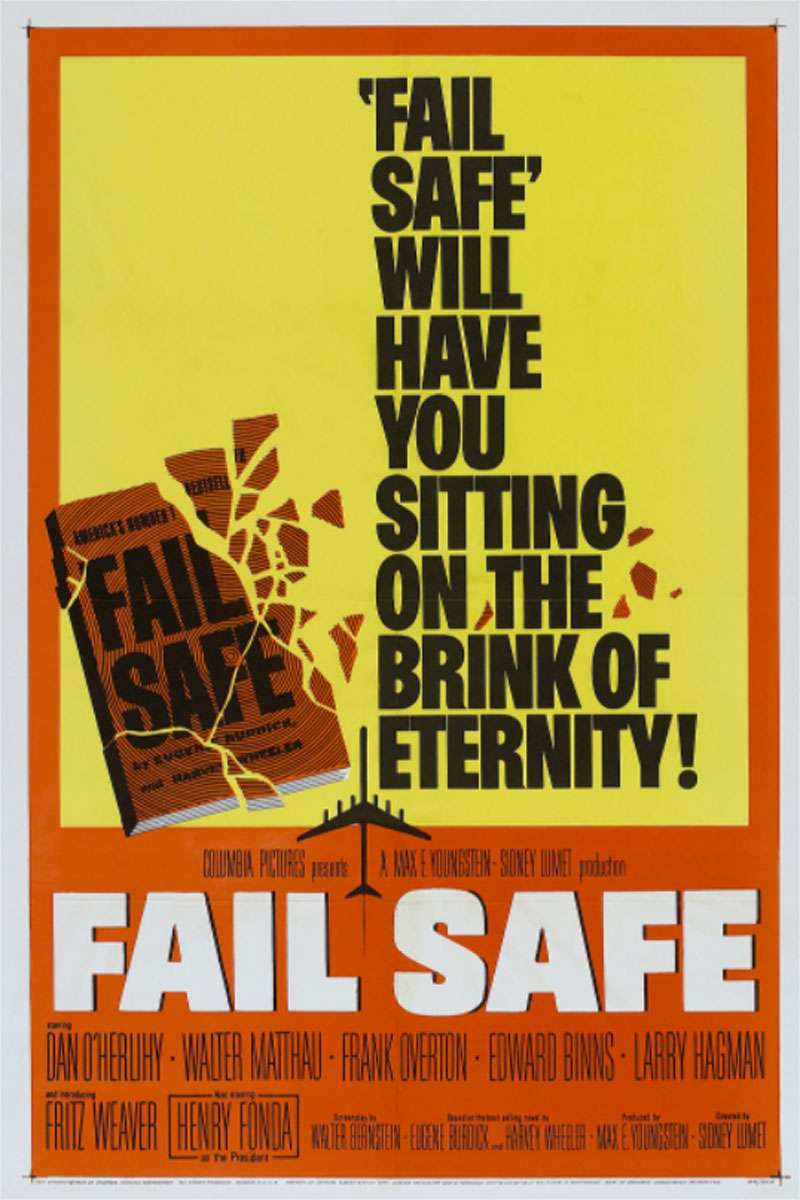