Frenemies is a full-length documentary that tells the story of the close yet conflicted relations between the United States and Cuba from the 1950s to the present. How much longer can this small Caribbean island survive the longest embargo in history?

Frenemies snatched the Audience Award at its premiere at the Dunedin International Film Festival, and at the Oregon International Film Festival. The documentary has also won the Social Impact Award at the Latino & Native American Film Festival (CT), the Impact Award for Global Politics at The Most Important Films (NV), was finalist for an Impact Pillar Award at the Whistleblower Summit & Film Festival and received the Award of Excellence at the Docs Without Borders Film Festival among other awards. Frenemies’ appeal comes from how it creatively weaves lively discussions of politics and history with Cuban music, art, culture and views of urban and rural scenery.

Frenemies raises lots of tough questions about actions of both the US and Cuban governments with a focus on the US embargo against Cuba.  Following the film there will be a one-hour panel discussion. Initially audience questions can be directed to the filmmaker about the making of Frenemies.  This will be followed by a lively and cordial moderated debate that will discuss the historical and political issues raised by the film.  The audience will have the opportunity to present comments and questions to panelists on both sides of the topic:

Mirella Martinelli is an award-wining filmmaker born and raised in Brazil. During her four-decade film career as an editor, screenwriter, director and producer, Mirella has received funding from the Rockefeller and MacArthur Foundations and was awarded by American Cinema Editors. Frenemies is Mirella’s first film directed in the United States.

Albert A. Fox, Jr. is the Founder and President of the nonprofit organization Alliance for Responsible Cuba Policy Foundation and a successful businessman. He has organized and led fact-finding trips to Cuba for United States senators, congressmen, governors, American artists and religious leaders. Mr. Fox served as a senior congressional staff assistant in both the United States Senate and the United States House of Representatives. He is presently a candidate for the US Senate to defeat Marco Rubio.

Graham Sowa is from Grapevine, Texas and lived in Cuba for seven years while attending medical school on the island. He moved to the Tampa Bay area for medical residency and currently works in the Tampa Bay community. He witnessed firsthand how President Obama’s policies helped open up new opportunities for Cubans and Americans on and off the island.

Rafael Pizano is the son of Cuban immigrants, born in Michigan and raised in Tampa. He specialized in emergency medicine/fire service and serves as a translator, organizer, liaison, and spokesman for non-profit human rights organizations domestically and abroad.

The Tiger Bay Club of Tampa will moderate the debate. Tom Sherberger is the current President of Tiger Bay and, as such, is Tiger Bay’s moderator.

Frenemies sponsors are the Arts & Culture Alliance of Sarasota County and the Puffin Foundation.

Frenemies is sponsored by the Arts & Culture Alliance of Sarasota County and the Puffin Foundation. 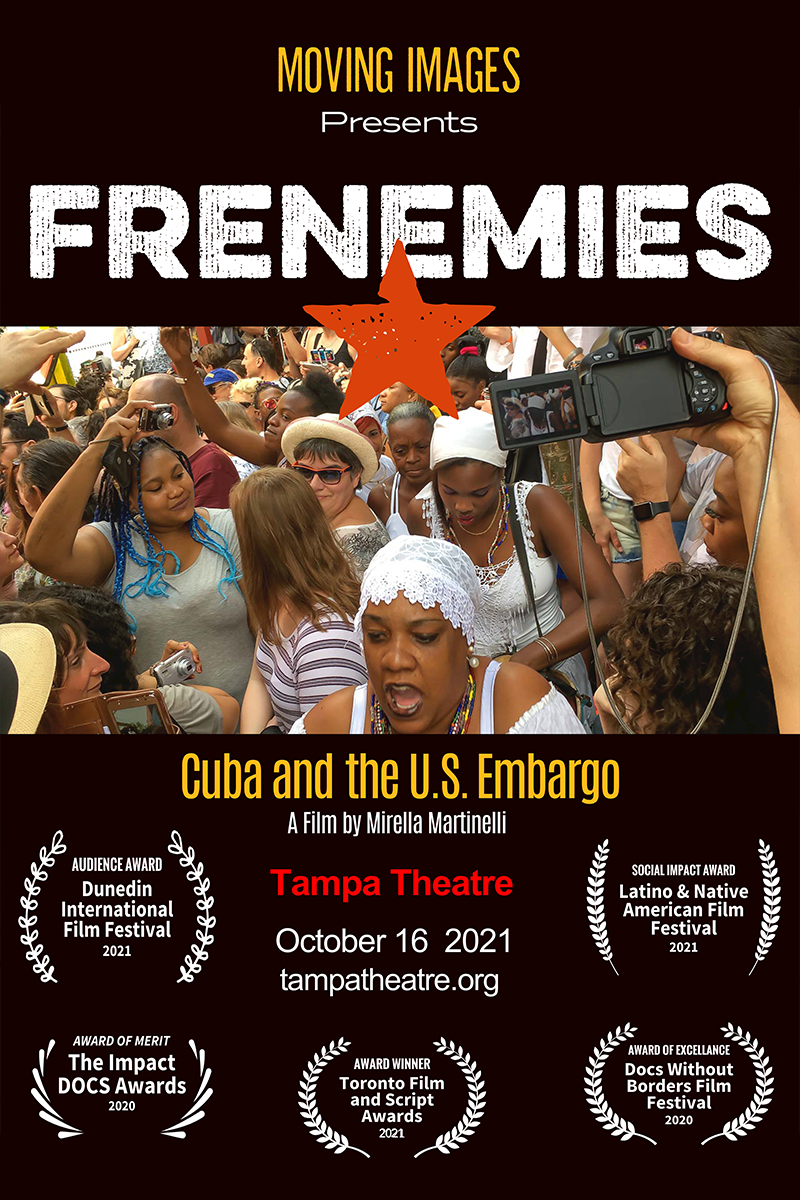