Celebrating 30 Years of Summer Classics on the Big Screen!

In 1989, there hadn’t been that many major films about the Civil War from the perspective of the soldiers — at least not since the end of the era of the Western. Fewer dealt in any meaningful way with the political environment that produced the war, beyond the brother-versus-brother human drama. And almost none even broached the idea of Black Americans fighting to end their slavery.

Screenwriter Kevin Jarre was inspired by a memorial to the 54th Massachusetts Volunteer Infantry in Boston Common. The 54th was the first formal unit of the Union Army to be made up entirely of African-American enlisted men; Jarre said that until that moment, it had never occurred to him that African-Americans had fought for their own freedom. The white officers of the 54th do most of the storytelling in Glory, for better or worse, but brilliant performances from Matthew Broderick, Cary Elwes, Morgan Freeman and an OSCAR-winning Denzel Washington come together in a stirring if bitterly overdue tribute to heroism, sacrifice and brotherhood.

Stick around after the Sunday screening for a FREE post-show Film Talk audience discussion and Q&A with award-winning Digital Media Producer Frank Crum.

The Summer Classics movie series is presented by Bank of America. Additional support is provided by The University of Tampa and WEDU-PBS. 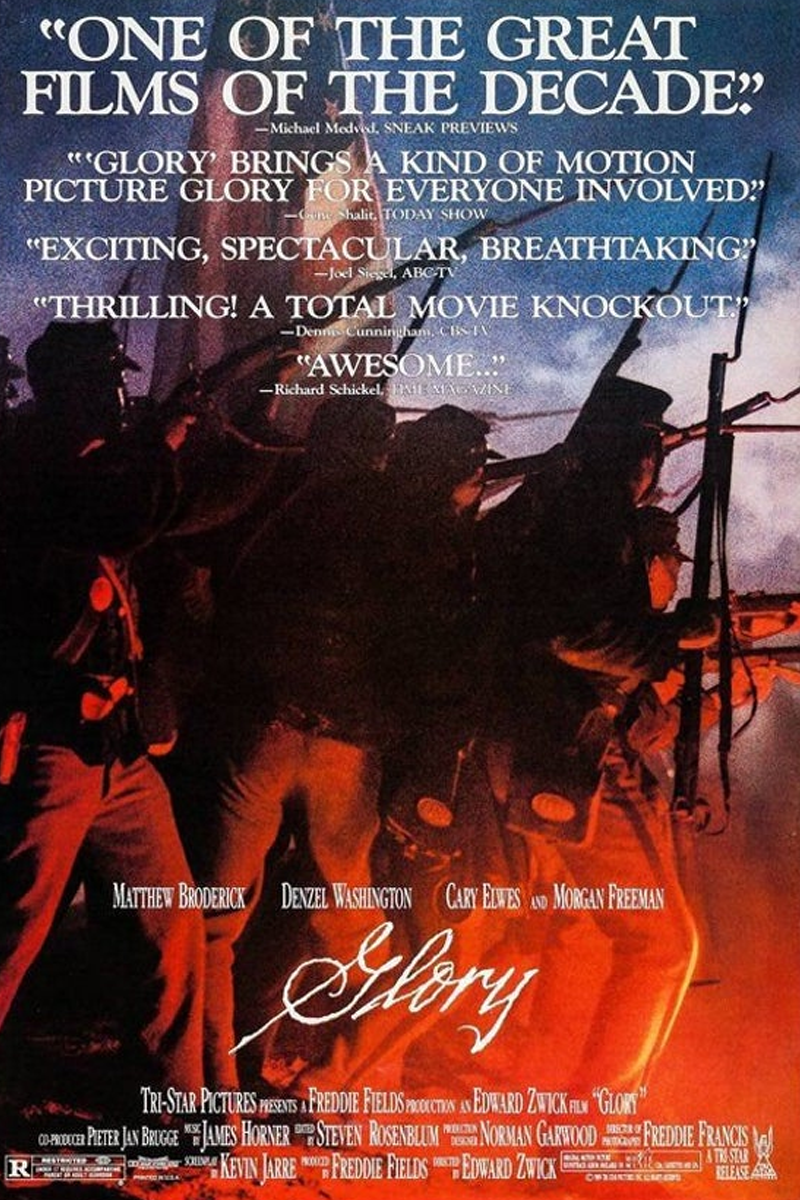