Gillian (Gillian Wallace Horvat) is one of those many struggling filmmakers in L.A. who just can’t seem to get the money for their first feature. Feeling like her friends and her partner (Keith Poulson) are losing faith in her abilities, she decides to resurrect her abandoned documentary based on a pseudo-compliment she once received that she would make a good murderer. But while she documents what makes “the perfect murder” a hitherto unseen dark side of Gillian emerges and grows. Furthermore the problem with being a successful serial killer, she discovers, is keeping the whole thing stealth, denying her the recognition that she craves… and that unhinges her even more. After accidentally-ish killing her best friend (Chase Williamson), Gillian goes on a killing spree culminating with a final bloody act that nobody would dare deny her credit for.

Written, directed, and starring Wallace Horvat as a warped version of herself, I Blame Society is razor-sharp satire of the pitfalls of post-#MeToo culture in Los Angeles. At once hilarious and genuinely disturbing, Horvat’s film delves into the psyche of a young woman trying to believe in her dreams and herself… and facing the darkness that lurks inside in this macabre Cinderella story.

The film’s distributor, CMT Booking, will be splitting the revenue with Tampa Theatre. Please note that this arrangement, in these unprecedented times, means that we are unable to offer Member pricing for virtual screenings. Thanks for your understanding, and THANK YOU FOR CONTINUING TO SUPPORT TAMPA THEATRE! 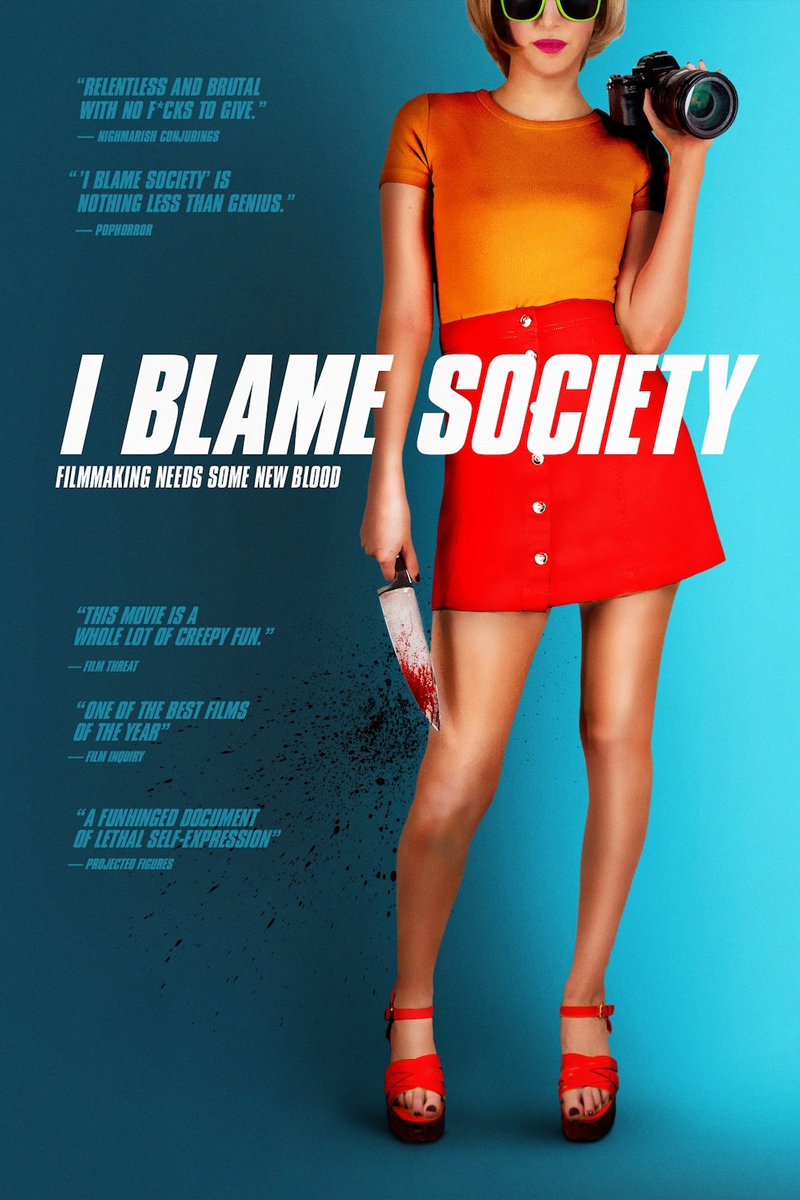