In the Heat of the Night, a police drama about poisonous racial tension set in Sparta, Mississippi, was mostly filmed in Sparta, Illinois. That’s largely because its star, the recently passed and eternally brilliant Sidney Poitier, had reservations about coming south of the Mason-Dixon line. It’s worth remembering: this was no period piece. It’s aimed dead-on at its own time and culture. The idea of an educated Black professional missing his train in Mississippi and getting arrested for murder wasn’t far-fetched; it’s a rough sketch of something Poitier thought might happen to him. Virgil Tibbs (Poitier) is a decorated, respected homicide detective from Philadelphia. Pressed into service by racist police chief Gillespie (Rod Steiger, who later won an Oscar for his performance), he helps investigate a murder — half because Gillespie wants to keep his eye on Tibbs, and half because he knows he needs Tibbs’ help, even if he’s too bigoted to admit it.

In the Heat of the Night is pulp-novel gritty, dealing with rape, abortion and obviously murder. But it’s gritty without being prurient; at its core it’s a human story, willing to peel off and examine the foulest and most wicked parts of people’s character but ultimately reserving all judgment for the viewer. Nothing is dressed up, sanitized or over-simplified. Sharply-drawn supporting characters and peak performances from two masterful actors in the lead roles keep the moral lessons of the movie from feeling pat or preachy. What redemption there is, is earned and incomplete. It spawned two sequels and a TV adaptation, none of which are especially great. But the original still rings like a struck bell and stings like a slap. 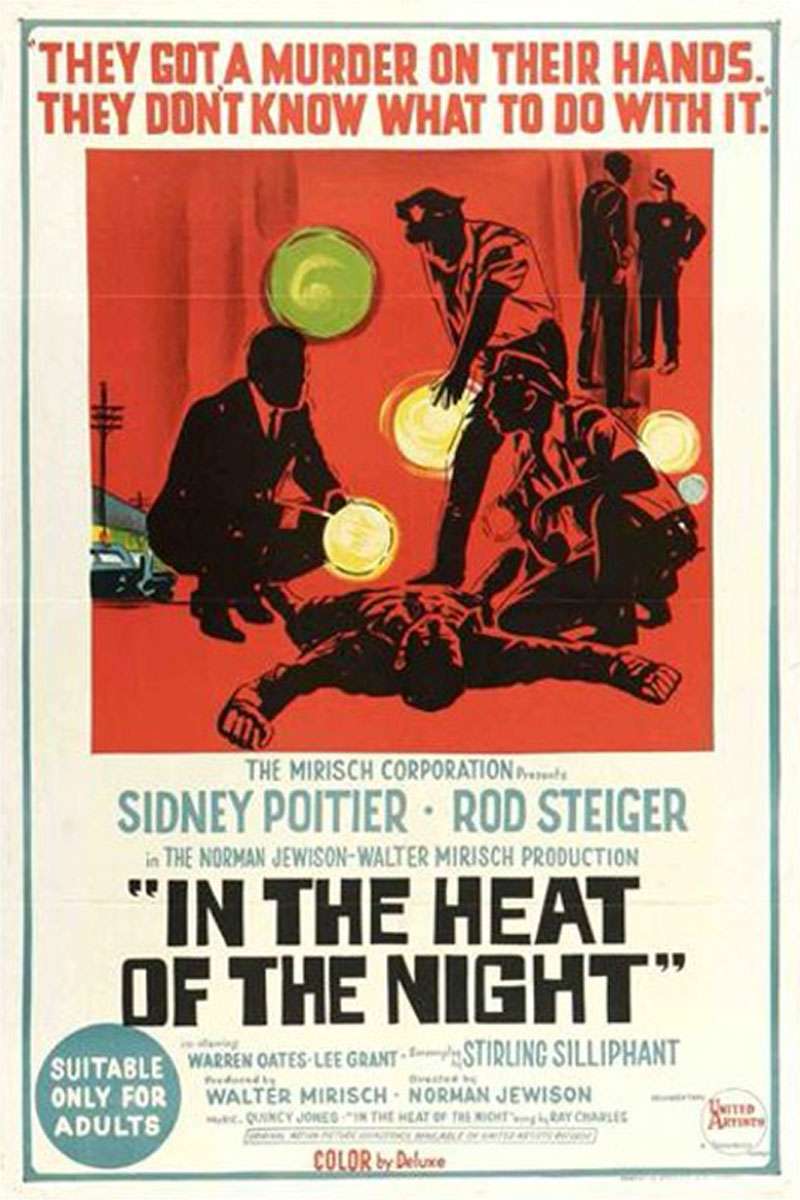