On January 15th, 2015, a few weeks after completing his autobiographical memoir, the writer and neurologist Oliver Sacks learned that the rare form of cancer for which he had been treated nine years earlier had returned and that he had only a few months to live. A few weeks later, he sat down with Ric Burns for a series of marathon filmed interviews in his apartment in New York. For eighty hours, across five days in February and on three more occasions in April and June–surrounded by family and friends, books and minerals, notebooks from six decades of thinking and writing about the brain–he talked about his life and work, his dreams and fears, his abiding sense of wonder at the natural world, and the place of human beings within it. He spoke with astonishing candor and clear-sightedness, a profoundly gifted 81-year-old man facing death with remarkable courage and vitality while facing the end. He was determined to come to grips with what his life has meant and what it means to be, as he put it, “a sentient being on this beautiful planet.”

Drawing on these riveting and profoundly moving reflections, Oliver Sacks: His Own Life also features nearly two dozen deeply revealing and personal interviews with family members, colleagues, patients and close friends, and draws on unique access to the extensive archives of the Oliver Sacks Foundation. It is in part the biography of an extraordinary physician and writer who was dogged by his own neuroses and by the rejection of his medical colleagues but nonetheless redefined for millions of readers the nature of the human mind, through the simple act of telling profoundly compassionate stories. It is also a deeply illuminating exploration of the science of human consciousness and the nature of subjectivity, and a meditation on the deep and intimate relation between art and science and storytelling.

The film’s distributor, Zeitgeist Films, will split the revenue with Tampa Theatre, 50/50. Please note that this arrangement, in these unprecedented times, means that we are unable to offer Member pricing for virtual screenings. Thanks for your understanding, and THANK YOU FOR CONTINUING TO SUPPORT TAMPA THEATRE! 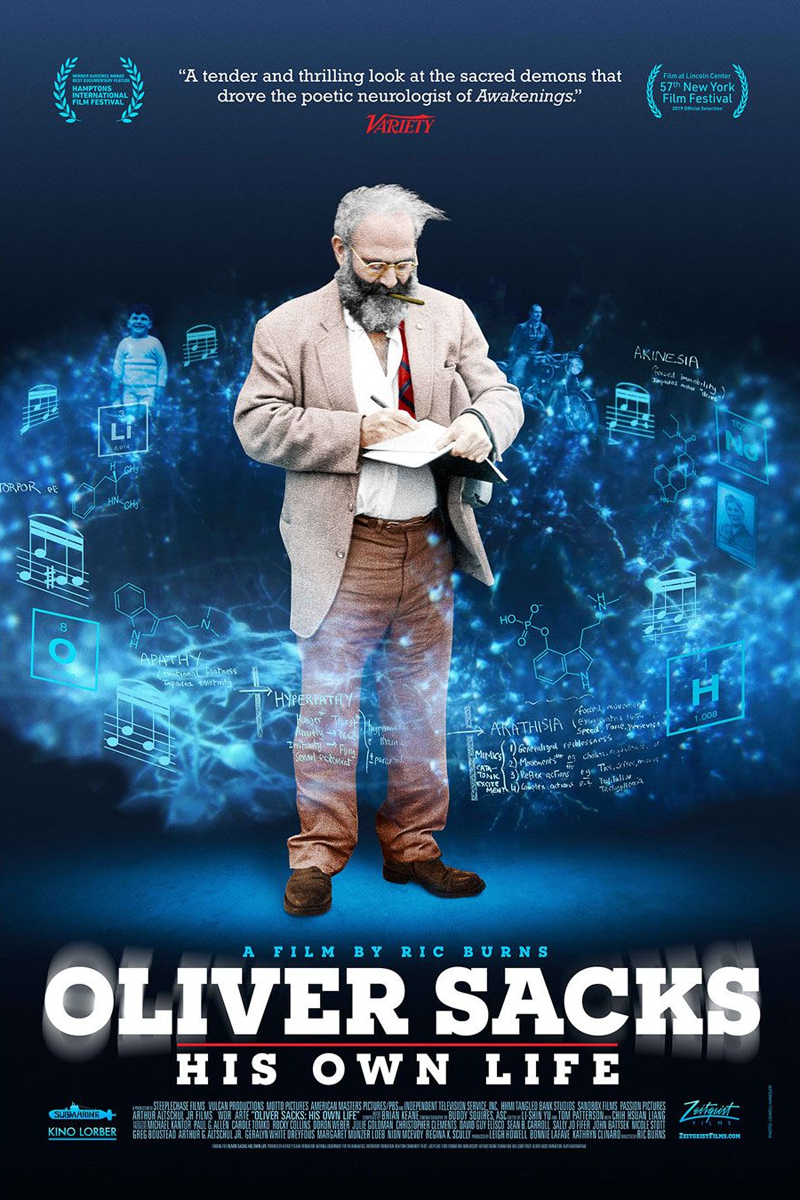