Bong Joon Ho (writer and director of The Host, Snowpiercer and Okja) brings his work home to Korea in this urgent, uncomfortable, pitch-black comedy fairytale. Meet the Park Family: the picture of aspirational wealth. And the Kim Family, rich in street smarts but not much else. Be it chance or fate, these two houses are brought together and the Kims sense a golden opportunity. Masterminded by college-aged Ki-woo, the Kim children expediently install themselves as tutor and art therapist, to the Parks. Soon, a symbiotic relationship forms between the two families. The Kims provide “indispensable” luxury services while the Parks obliviously bankroll their entire household. When a parasitic interloper threatens the Kims’ newfound comfort, a savage, underhanded battle for dominance breaks out, threatening to destroy the fragile ecosystem between the Kims and the Parks.

Allow us to save you some time: here is the Wikipedia page for all the accolades Parasite has received. It won the Palme d’Or at the 2019 Cannes Film Festival, the first Korean film to do so and the first unanimous win since 2013’s Blue Is the Warmest Color. It won the Golden Globe for Best Foreign Language Film. It won the Screen Actor’s Guild Award for Outstanding Performance by a Cast in a Motion Picture. It won Best Original Screenplay and Best International Film at the BAFTAs. And, finally, it won Academy Awards for Best Picture, Best Director, Best International Feature and Best Original Screenplay. The public debate about Parasite will not be about whether it is or isn’t a great movie, but about whether it is or isn’t a perfect movie. The film is laugh-out-loud funny, an astute blend of humanity and absurdity, thrilling until its final depraved moments, a pristinely shot modern architectural feast for the eyes, a razor-sharp socio-economic critique, and a cryptic operatic drama. And now, in celebration of its OSCAR wins, Tampa Theatre is proud to be bringing its director-supervised black and white version back in a very limited engagement! Tampa Theatre has the exclusive privilege of showing this version in the Tampa Bay area. Hand-corrected shot-by-shot for black and white, this new version highlights the class conflict and intracultural yearning at the heart of the film even further. Don’t miss your chance to see this unclassifiable, vital, instant classic. 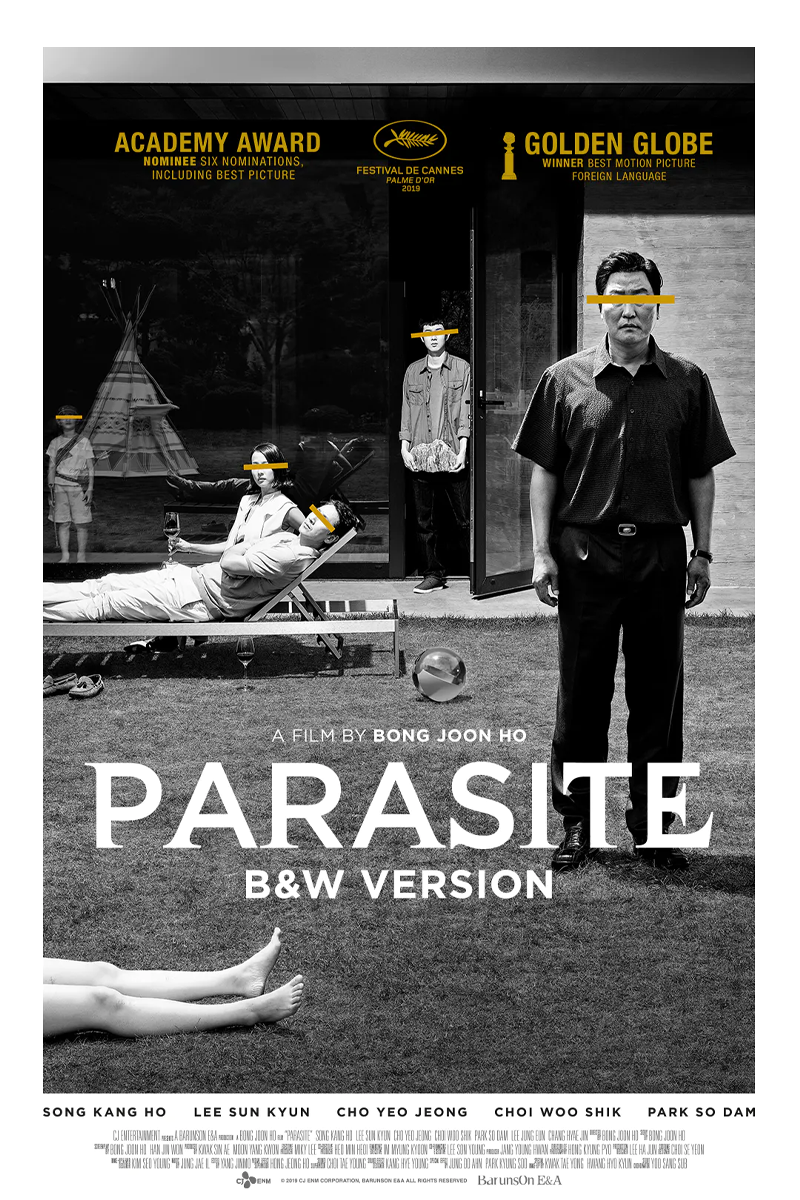