Paris, Late 19th century. Gifted with musical genius and cursed with a monstrous face, Erik lives in hiding deep in the catacombs beneath the Paris Opera House. When he hears Christine Daaé’s angelic voice, he is determined to make her the new diva. Carlotta, the opera house’s resident diva, is overcome with jealousy and devises a plan to ruin Christine’s debut performance. Erik is enraged and takes his revenge upon her, setting in motion a series of events that leads to the revelation of his past and his tragic demise.

Featuring K-Pop sensation Super Junior’s Kyuhyun, world-renowned soprano Sunhae Im and world class ballerina Joowon Kim, this lavish Korean production of Maury Yeston and Arthur Kopit’s Phantom (not the better-known Andrew Lloyd Webber version Phantom of the Opera, though it’s based on the same 1910 novel by Gaston Leroux with the permission of his estate  — it’s a very interesting Wikipedia page if you find yourself curious!) is an eye-dazzling and ear-pleasing take on a story the bones of which you probably already know. Captured on film by WYS EN SCÈNE from the Charlotte Theater (South Korea). 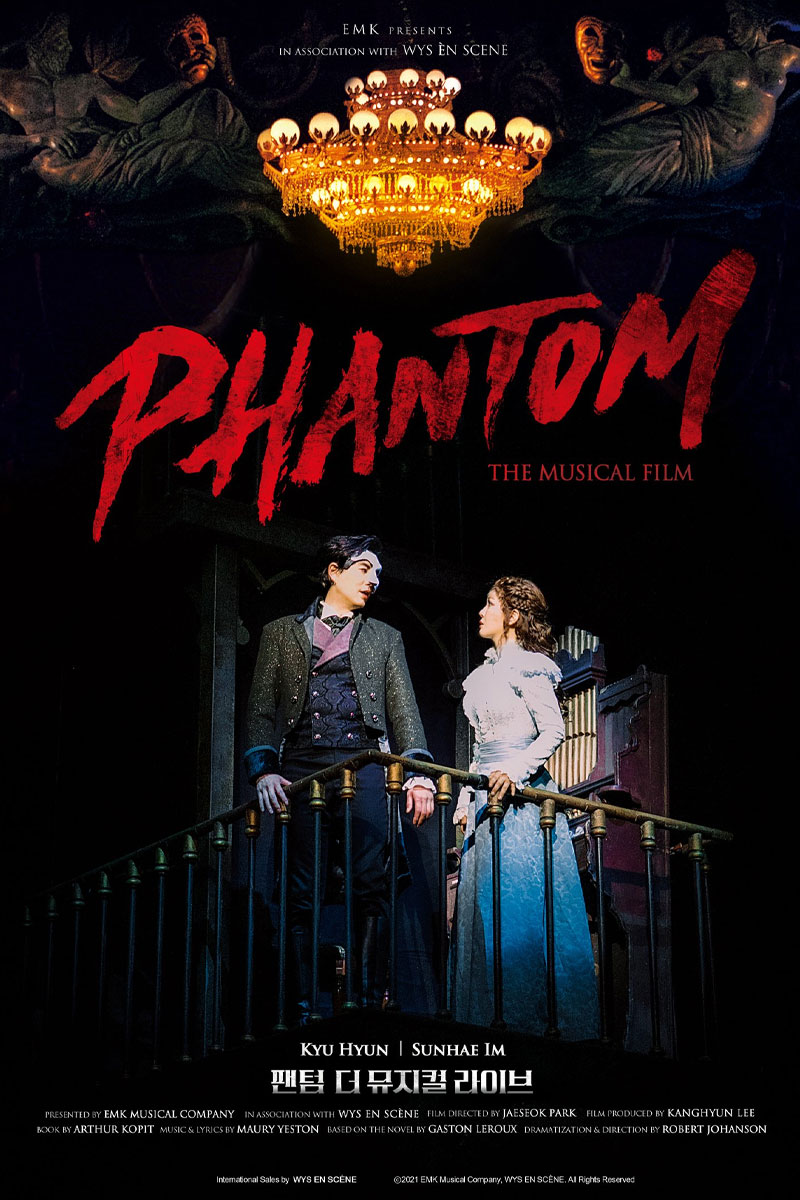