The proliferation of home video in the early 1980s led to a broad rediscovery of the movies of the past. Before VCRs, you had to either catch a movie in cinemas or get lucky with a TV rerun. But now, with back catalogues decades deep to comb through, a whole cottage industry popped up around telling movie buffs which movies were the best and, inevitably, which were the worst.

Plan 9 from Outer Space, poor maligned Ed Wood’s magnum opus, quickly got a reputation as one of the nominal “worst movies ever.” But with the wisdom of growing older, it’s easy to find that descriptor unfair now. Yes, it’s ineptly made in every technical and artistic way. Yes, it almost seems to flaunt its cheapness at you. But it’s so earnest, and so charming in spite of itself — and besides, so many more terrible movies have been made since then … let’s just enjoy the incomprehensible but lovable Plan 9 without labels, on its own terms. 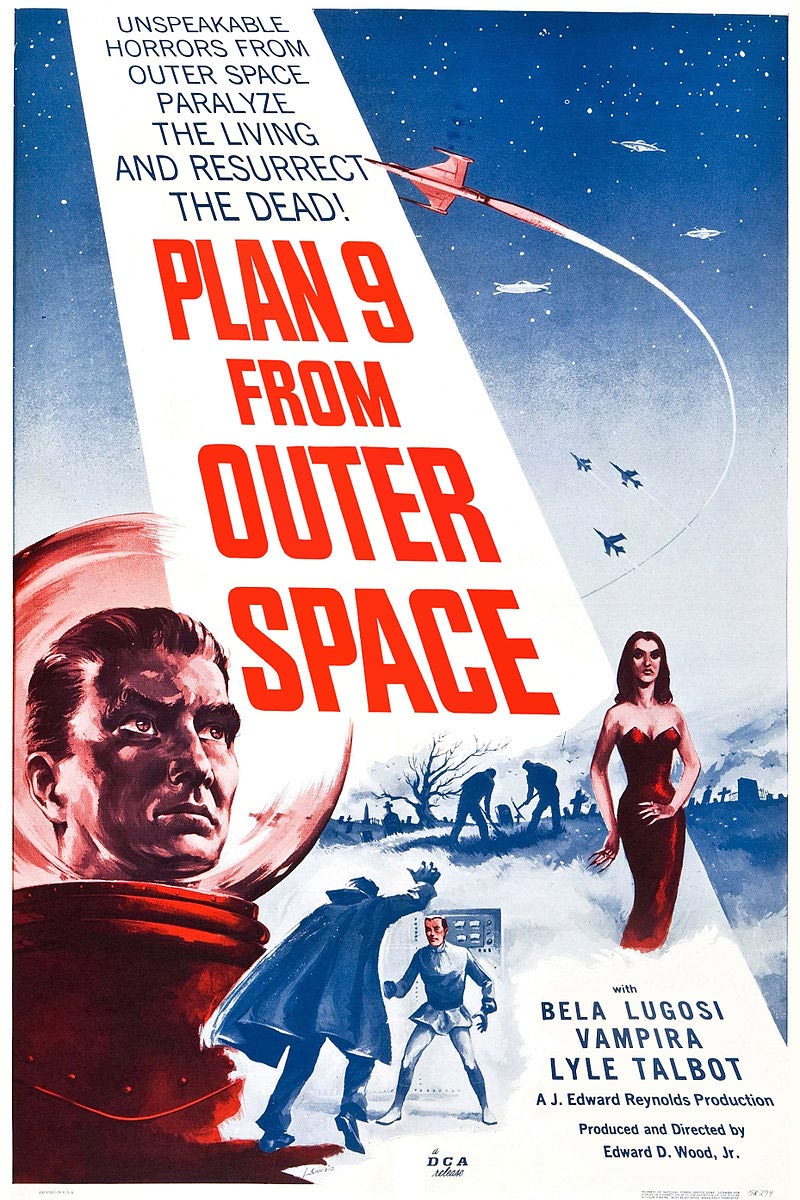