At the end of the eighteenth century, Marianne (Noémie Merlant, Heaven Will Wait) is teaching lessons in painting to her young students. Upon being asked about a painting of hers, which Marianne calls “Portrait of a Lady on Fire,” the audience is thrown into a flashback revealing the circumstances of the work’s creation. Marianne is commissioned to paint the wedding portrait of Héloïse (Adèle Haenel, Water Lilies, Love at First Fight), a young woman who has just left the convent. Because she is a reluctant bride-to-be, Marianne arrives under the guise of companionship, observing Héloïse by day and secretly painting her by firelight at night. As the two women orbit one another, intimacy and attraction grow as they share Héloïse’s first moments of freedom. Héloïse’s portrait soon becomes a collaborative act of and testament to their love.

Winner of the Queer Palm and Best Screenplay at the 2019 Cannes Film Festival and nominated for Best Foreign Language Film at the 2020 Golden Globes, Portrait of a Lady on Fire from writer-director Céline Sciamma is a ravishing, sumptuous, surprisingly modern love story about two women caught between the overwhelming intensity of their feelings for each other and the remorseless machinery of a society that only allows one sort of life. 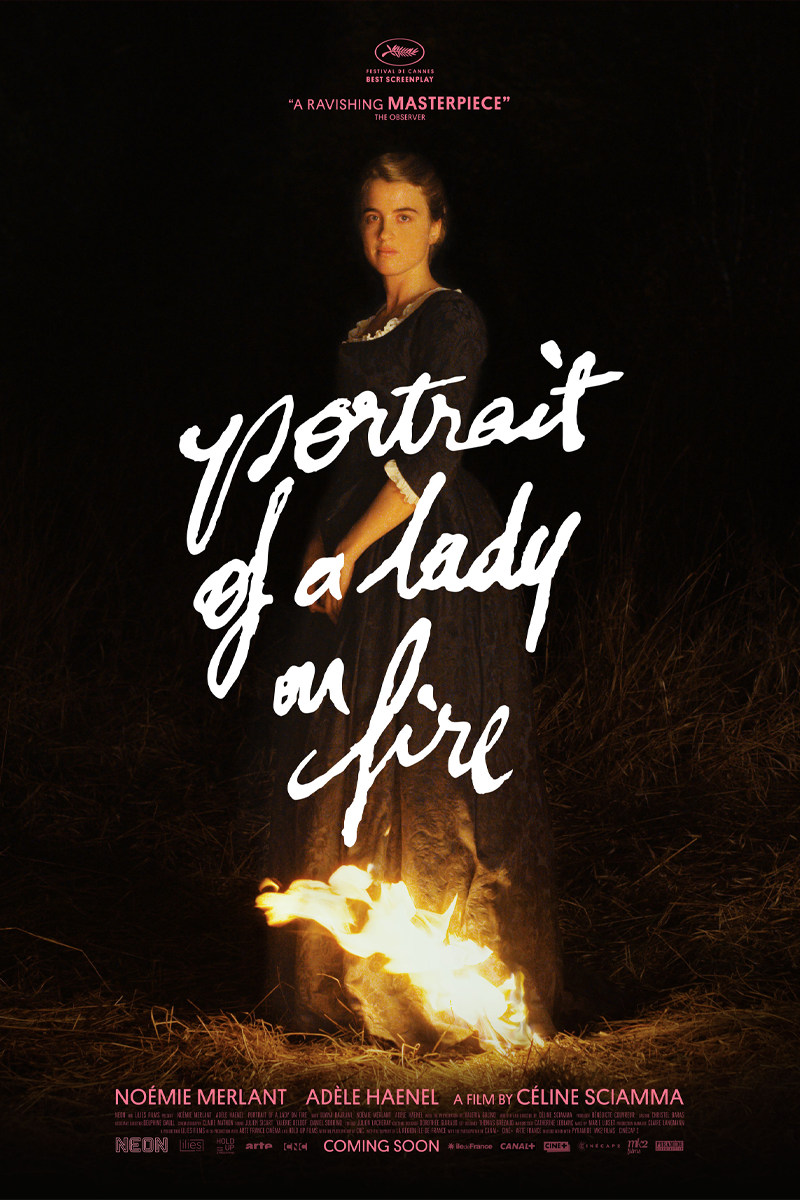