“The role they were born to play” gets tossed around a lot these days, but offhand it’s hard to think of better casting than Willem Dafoe as Max Schreck (the “actor” playing Count Orlok in seminal silent horror movie Nosferatu, which Shadow of the Vampire is a fictionalized retelling of the production of — sorry, that was a lot of dependent clauses). Sure, he’s one of our greatest living actors and an almost parodically expressive performer. But also, just look at the guy. No offense.

Okay, let’s back up and unwind those parentheticals a little. Shadow of the Vampire is producer Nicolas Cage (yes, THAT Nicolas Cage) and director E. Elias Merhige’s answer to a question we’ve all asked ourselves at some point: what if this horror movie was real? In this case: what if F.W. Murnau’s classic Nosferatu wasn’t simply a silent semi-retelling of the story of Dracula, but instead an actual vampire captured on film and engaged in a partnership with the director? It’s a bizarre but oddly magnetic conceit, and thanks to the performance of Dafoe (along with John Malkovich, Cary Elwes and more) it works. Maybe all creativity is negotiation with a monster.

TAMPA THEATRE IS OUT FOR BLOOD!

What better way to complement a fresh take on a vintage vampire than with a blood drive? OneBlood will be at Tampa Theatre with the Big Red Bus from 1:00-5:00pm Sunday, Oct. 31 taking donations (we were serious about the blood). Donors will receive a cancer awareness T-shirt and socks PLUS an eGift Card from OneBlood, and a FREE movie ticket to Tampa Theatre, valid for Nosferatu, Shadow of a Vampire, Halloween, or any other regular film screening through October 2022. 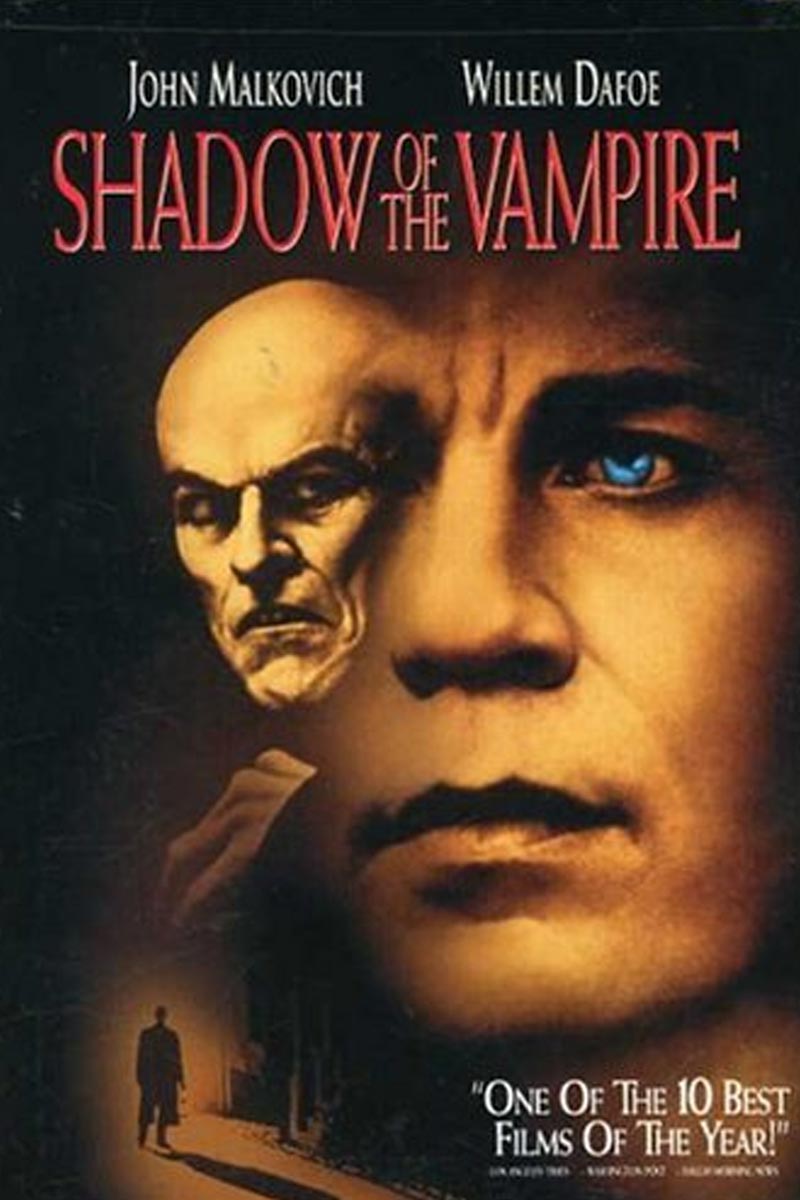