So yes, 2021 saw the critically-hailed but audience-shrugged-at release of a new film version of West Side Story, directed by Steven Spielberg and written by Tony Kushner. And the new one is moving, surprising, a feast for the senses. But despite the arguments about “a new generation deserves this story” vs. “you’re ruining my rose-tinted memories,” it’s hard to get too worked up over West Side Story being adapted —the 1961 movie (presented here) was already an adaptation of a Broadway musical which is itself an adaptation of Shakespeare’s Romeo & Juliet. All the greatest artists steal. A tale of young people trying to change the world through the power of their love, and the world showing how little it cares, has never gone out of style. Besides that, West Side Story has a lot to say on its own terms about race, assimilation, class, and whether creative expression can simultaneously celebrate and transcend culture. But mostly, just like Romeo & Juliet, it wants to talk about love and hope and loss. Heavy stuff for a musical, so it’s a good thing it’s also filled to the brim with irresistible songs, or this might be the glummest sing-along ever! The story of Tony (Richard Beymer), member of white gang the Jets and his overwhelming love for Maria (Natalie Wood), sister of Bernardo, who leads rival Puerto Rican gang the Sharks, is as timeless and heartwrenching now as it was in 1961 — or 1591, for that matter. 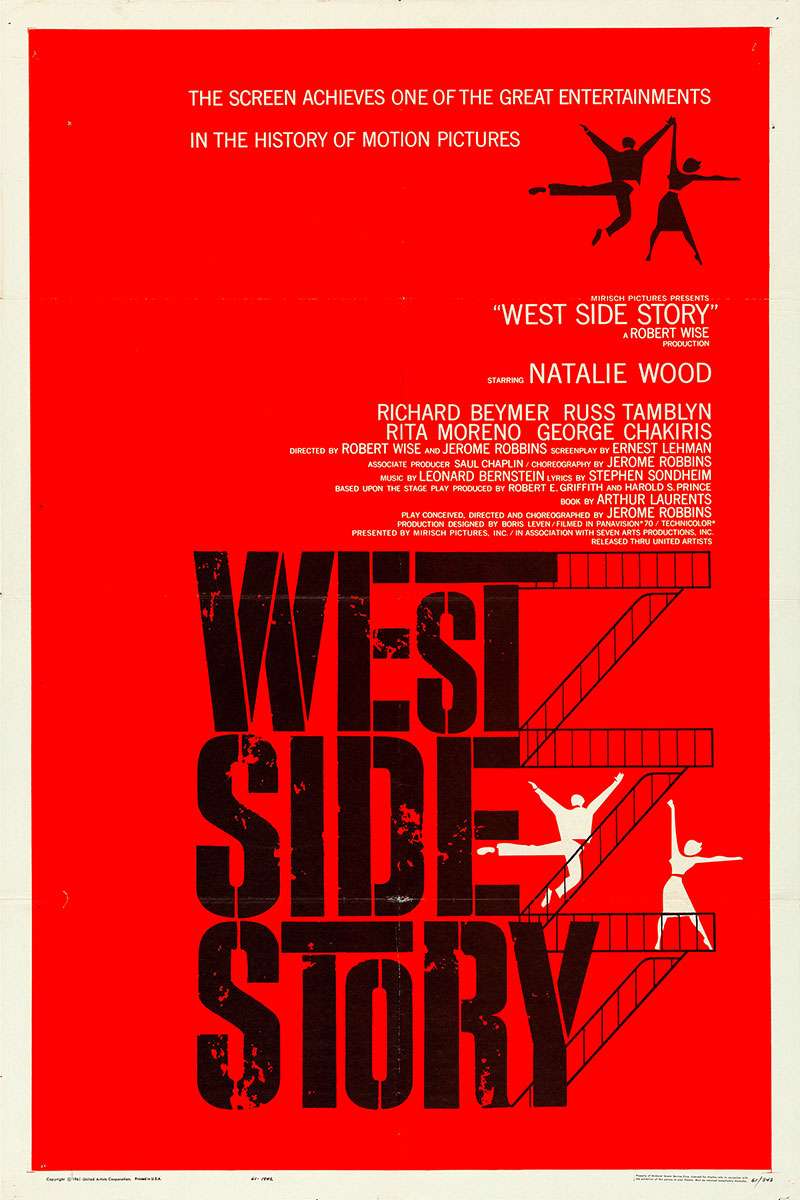