In early 2019, Questlove (a.k.a. Ahmir Thompson, drummer for influential hip-hop group The Roots and Jimmy Fallon’s house band) was approached by two Hollywood producers who claimed to have 45 hours of footage from a long-forgotten music festival in Harlem that took place in 1969. The same year as Woodstock, it had included performances from Stevie Wonder, Nina Simone, Sly and the Family Stone, Mahalia Jackson, B.B. King, and more. Questlove, renowned for his encyclopedic knowledge of music history, had never heard of the event and initially suspected them (producers Robert Fyvolent and David Dinerstein) of making up the story to score some free tickets.

But the footage was real. And the event it documented — the 1969 Harlem Cultural Festival, attended by more than 300,000 people — was a profoundly important cultural moment that had been almost entirely lost to history. Yards and yards of film was discarded and forgotten for 50 years, a length of time that shocked and disappointed Questlove: “What would have happened if this was allowed a seat at the table? How much of a difference would that have made in my life? That was the moment that extinguished any doubt I had that I could do this.”

In his directorial debut, Questlove presents this transporting documentary — part concert film, part historical record — about an event that sparked the wholesale reevaluation of Black history, culture, fashion, and music. Deftly incorporating original performance footage that includes many rare gems (such as a Stevie Wonder drum solo and a duet between Mahalia Jackson and Mavis Staples) and contemporary interviews with significant cultural figures like Chris Rock and Lin-Manuel Miranda, Summer Of Soul shines a light on the importance of a clear and full accounting of history to our spiritual well-being, and stands as a testament to the healing power of music. 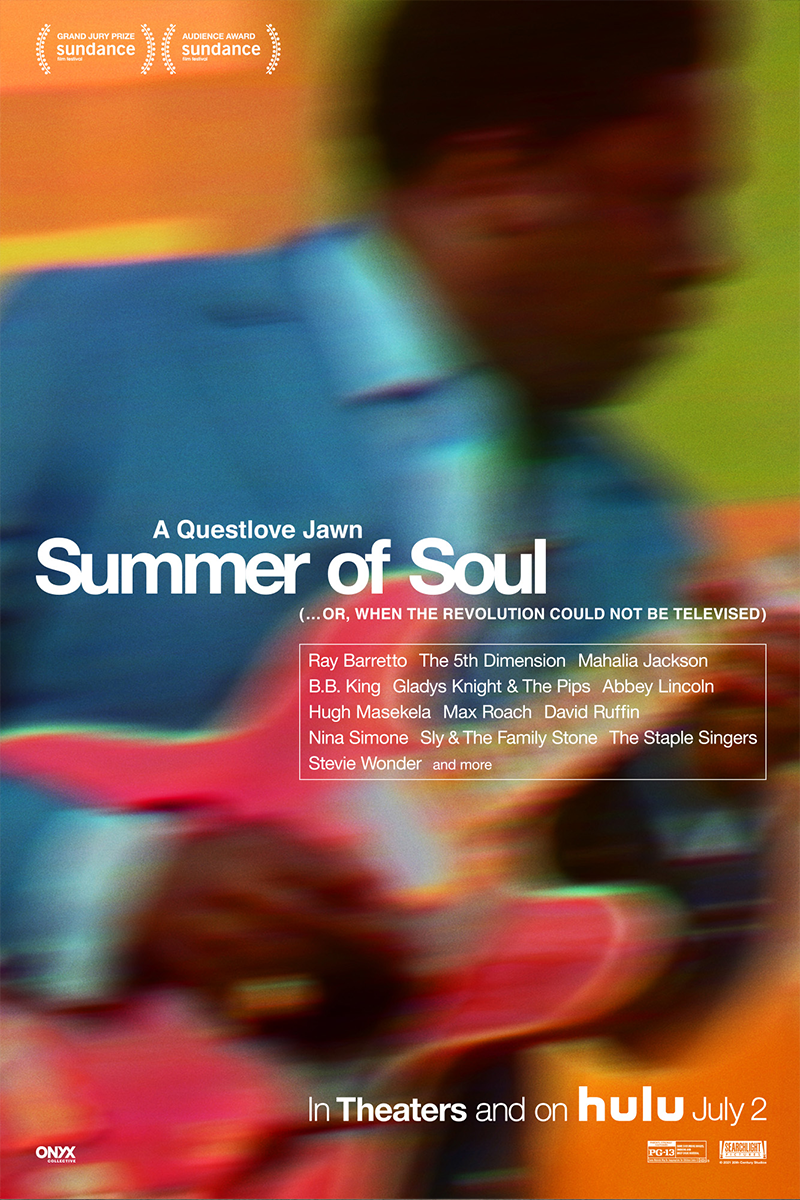