In 1923, on the small fictional Irish isle of Inisherin in the midst of the Irish Civil War, Pádraic Súilleabháin and Colm Doherty (Colin Farrell and Brendan Gleeson, respectively, tapping back into their brilliant In Bruges energy) are lifelong friends and drinking buddies. That is, until the day Colm says he simply doesn’t like Pádraic anymore. That’s it, friendship over. Baffled by the proclamation, Pádraic persists in trying to make amends, meeting intense resistance from Colm at every turn. The fight escalates under the watchful eyes of the entire village, including Pádraic’s sister Siobhán (Kerry Condon) and her erstwhile suitor, the troubled Dominic (Barry Keoghan), as Colm makes good on a gruesome promise. With a prophecy that death will come to the island hanging in the air, how far will these two mates take their feud?

Written and directed by Martin McDonagh, the playwright of The Lieutenant of Inishmore and The Pillowman as well as writer-director of films like Three Billboards Outside Ebbing, Missouri and the above-mentioned In Bruges, The Banshees of Inisherin is a study of male loneliness and swallowed anger that’s as startlingly violent as it is often very funny. McDonagh is an old hand at examining the most visceral, vengeful extremes of human behavior, and this may be his most compelling and heartbreaking probing of that fascination yet. 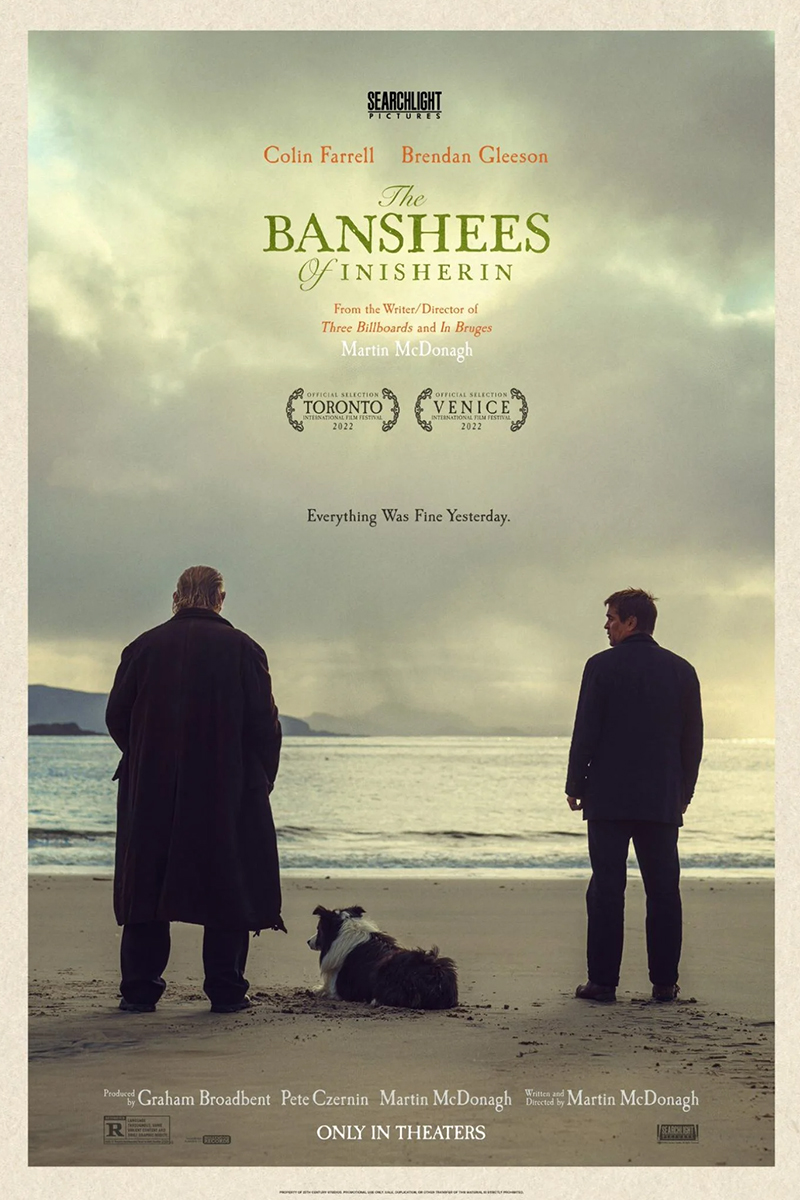