Paul Schrader, best known for cowriting some of Martin Scorsese’s biggest films (Taxi Driver, Raging Bull and more) and directing his own script with 2017’s First Reformed, presents the story of a card sharp with a secret past that he can’t seem to shake.

William Tell (played with smoldering intensity by Oscar Isaac) is a former military interrogator who distracts himself from the pain of his actions in Abu Ghraib through immersion in the world of high-stakes poker. Nearly unstrung, he happens to meet Cirk (Tye Sheridan — it’s pronounced “Kirk” but spelled with a “C,” he tells everyone on introduction), whose father served with Will and committed suicide over his own guilt. But Cirk has more than the second weird name in the main cast; he’s got a lead on the military contractor who trained Will and Cirk’s dad in torture and never faced any consequences of his own. Should Will try to escape the nightmare of his past with the woman he’s in love with, La Linda (Tiffany Haddish)? Or will the chance at revenge prove too seductive, despite what it will likely cost him — his life? 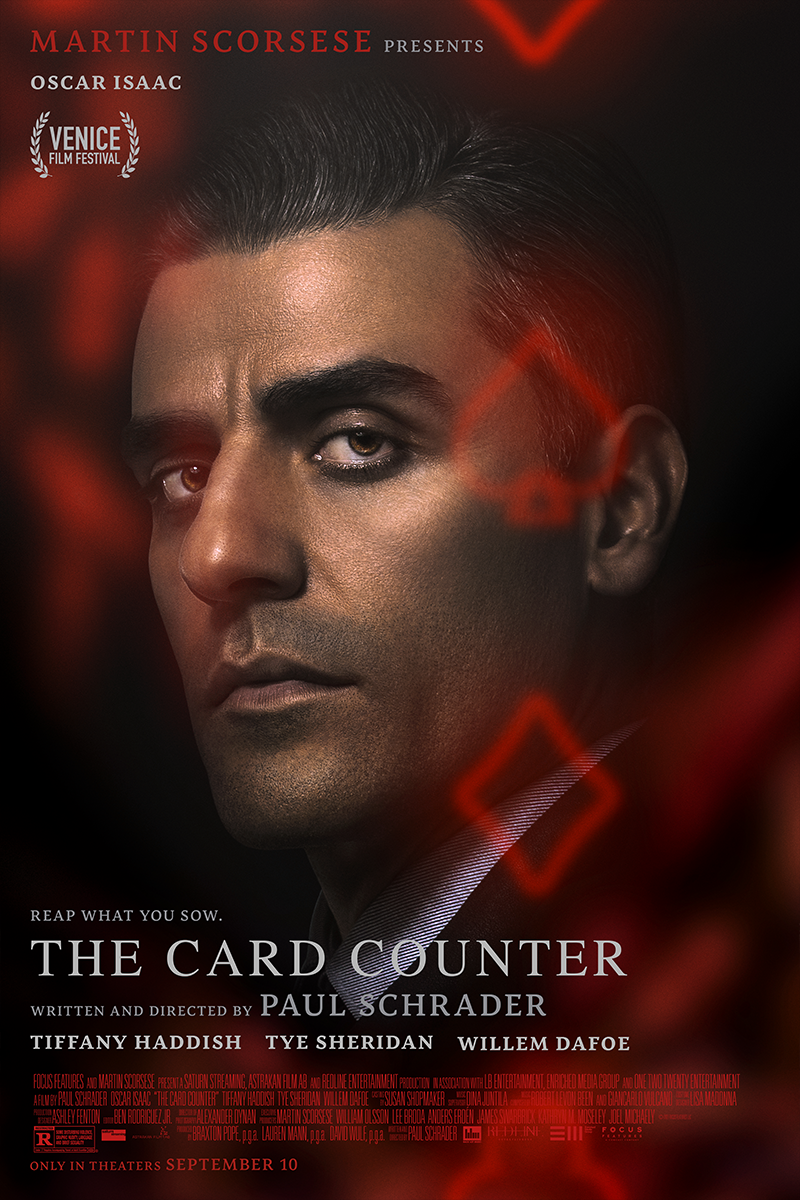