It is a truth universally acknowledged that the event horizon of genre earnestness creeps ever closer; sincerely intended movies even ten or fifteen years old seem goofy and campy now. And the threshold seems even closer for horror movies. Mid-2000s bangers like Hostel and The Devil’s Rejects are still worthy watches (if you’re into that sort of thing), but scenes that were viscerally terrifying are now almost quaint; can’t help but wonder how Hereditary will feel in 2033. And the one exception to this rule? Well-made body horror full of flawlessly executed practical effects. Enter The Fly, a loose remake of the 1958 Vincent Price classic and gross-out auteur David Cronenberg’s first huge success.

Jeff Goldblum plays Seth Brundle, a smart but frantic and unsettlingly sexy scientist (read: a Jeff Goldblum character) trying to solve the problem of teleportation. On the verge of breakthrough, he’s followed by Veronica (Geena Davis), a reporter documenting Seth’s work. The two begin a relationship as Brundle prepares for his crowning test: successful human teleportation. But what’s this? A house fly snuck into one of the teleportation pods? Surely that won’t be an issue. First-time viewer, be warned: you’ll fall in love, you’ll slide into nausea, and you’ll get freaked out when both happen at once. 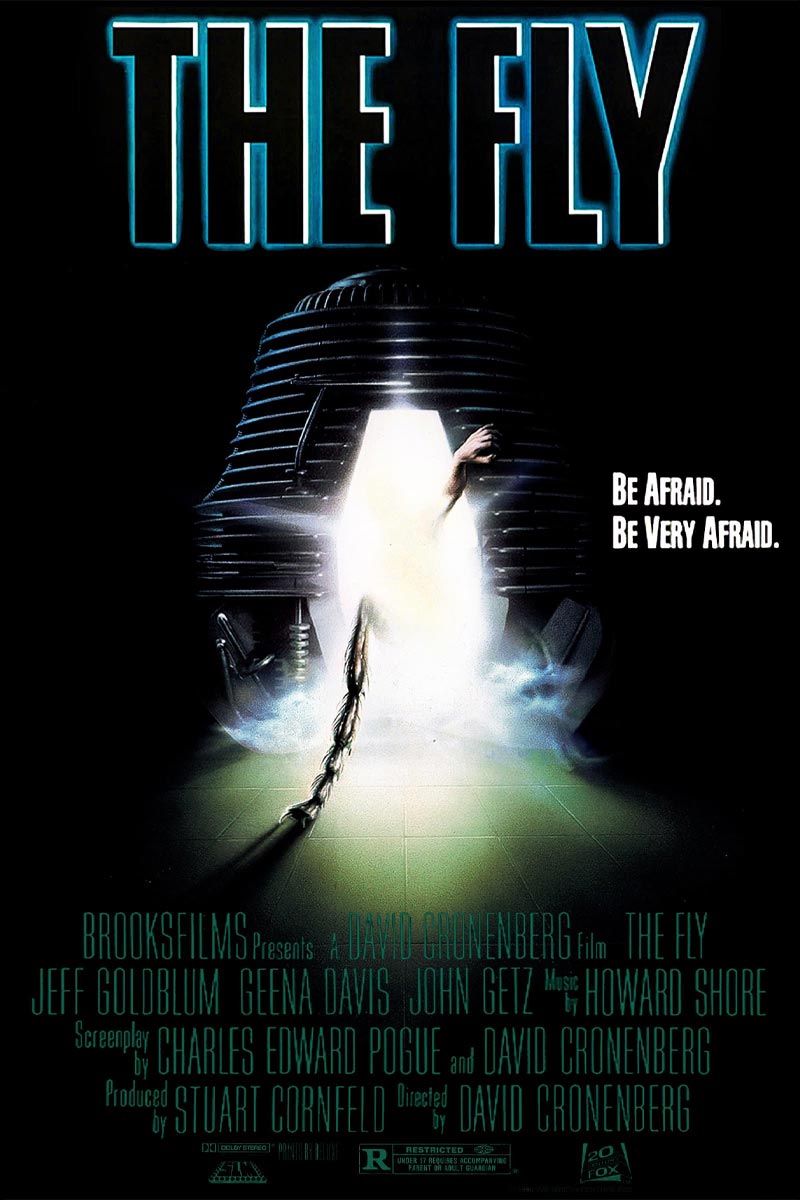