You asked for it, and we’re bringing it to you: Wes Anderson’s latest, The French Dispatch, is hot off the presses at Tampa Theatre for a very special limited engagement!

Written, produced and directed by Wes Anderson, The French Dispatch is a vibrant, freewheeling love letter to journalists set in the overseas headquarters of a 20th century American newspaper. Starring his usual stable of collaborators and a brand-new crop of actors besides (Benicio del Toro, Adrien Brody, Tilda Swinton, Léa Seydoux, Timothée Chalamet, Bill Murray, Jeffrey Wright and more), it tells the story of the end of the newspaper’s lifespan, as it’s ceasing publication following one final farewell issue containing three republished articles from past editions. Those three interlocking stories combine in a visually sumptuous picaresque that takes viewers on a romantic dance all over the last century.

We simply couldn’t stand the idea of missing a chance to play The French Dispatch — Anderson is a favorite among our fans and patrons, and we personally believe that his incredibly intricate, meticulously composed films simply look better in our cinema. So join us to see The French Dispatch as it was meant to be seen: in an improbably extant, distractingly overdecorated, anachronistic building operated by a loving clutch of well-meaning eccentrics. 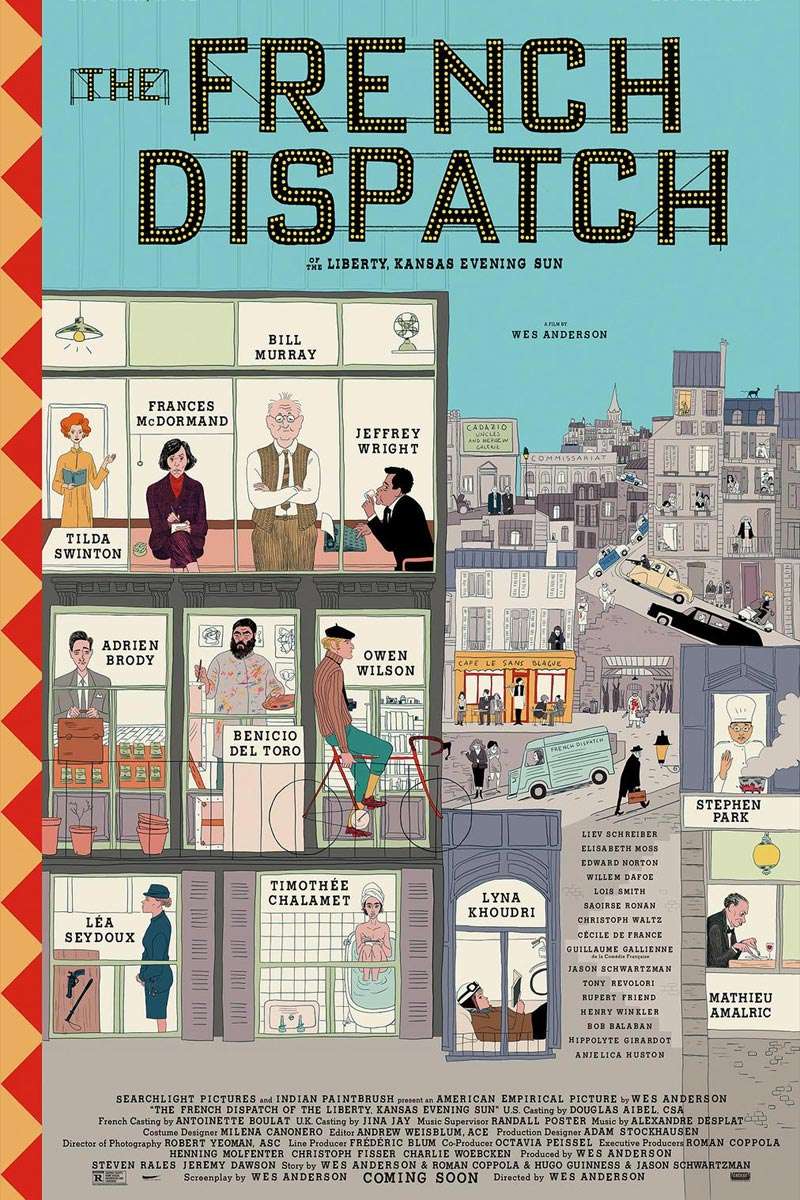