Ah, The Frighteners. Michael J. Fox plays a sassy medium, sort of the midpoint between Harold Hill and Whoopi Goldberg’s character in Ghost, who assembles a team of spirits who he uses to scam people out of exorcism payments. But when a supernatural mass murderer shows up that can “kill” both the living and the dead, he’s got to turn his scam around to do good.

But the plot is hardly what’s important about The Frighteners. Producer Robert Zemeckis commissioned the script for the film as a projected spin-off of the TV show Tales from the Crypt. But when his hired writers turned in their first draft, he decided it would be better as a separate concept — those writers were Peter Jackson (who had this whole other life before The Lord of the Rings) and Fran Walsh, Jackson’s partner and frequent collaborator. Jackson would direct, and all of the digital effects were done by Jackson’s Weta Digital effects studio, which had only opened three years before. The inexperience of Weta and the fact that the film required more CGI effects than almost any other movie made to that point delayed The Frighteners for more than 18 months. It’s also Michael J. Fox’s last major film role, before his worsening Parkinson’s symptoms led to first his return to television and finally his retirement.

If you’ve seen Dead Alive (aka Braindead) — and you should — you know Peter Jackson’s taste in horror leans toward off-kilter, over-the-top comedy. There’s plenty of that in The Frighteners. But there’s also a genuine empathy at its heart. And the extensive effects, some of which have aged better than others, render it historically interesting too. 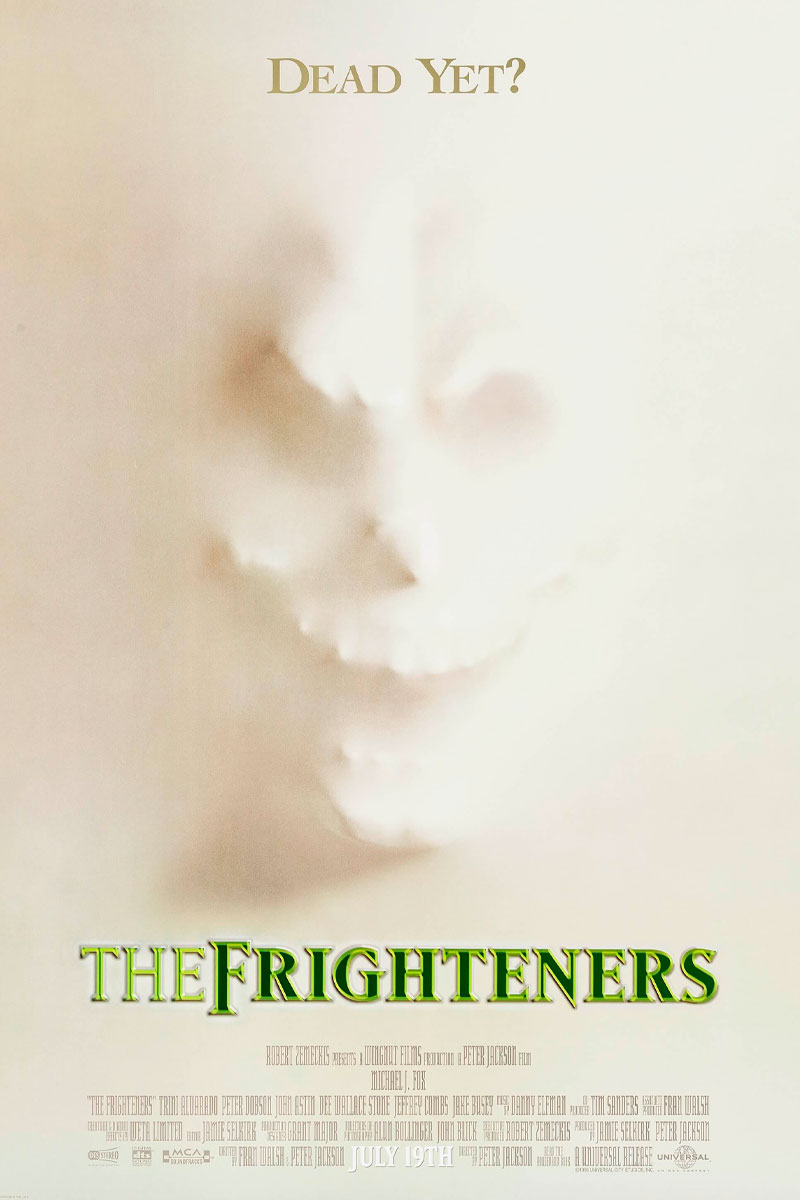