Writing about why you should see The Godfather feels like posting a blurb on the health and wellness advantages of breathing air: we can give you an answer, but we’re confused about how you’re even able to ask the question. Why should you see The Godfather? Well, have you heard of this thing called “the movies?” Then again, we also have one of these for Star Wars, and if we can manage to say something interesting about the most universally-known media product since the invention of the printing press, The Godfather deserves no less.

Let’s start here: it’s good. It stars like 40 famous actors and features at least a dozen lines of dialogue you already have memorized, even if you’ve never seen it. It’s directed by Francis Ford Coppola, who used its success to rescue his personal production company, buy his first vineyard, and establish the most extensive Hollywood family dynasty in the modern era. It launched Al Pacino, revived Marlon Brando and rewrote the foundational American myth of the honorable criminal antihero into a template that would last for generations. It was the highest grossing movie of all time until Jaws. Even its production is legendary: studio head Robert Evans (subject of the also-good movie The Kid Stays in the Picture) turned the floundering Paramount Pictures into a powerhouse again off the success of movies like The Godfather, Chinatown and Rosemary’s Baby.

The Godfather is to (Hollywood) film as Corleone is to the mob: the boss of bosses, the capo di tutti capi. Every frame has been analyzed, every syllable dissected. So here’s an offer you can’t refuse: join Tampa Theatre for The Godfather and see Connie’s lush wedding, Fredo’s fall, Vito’s citrus allergy and Luca Brasi’s fishing expedition like you’ve never seen them before. 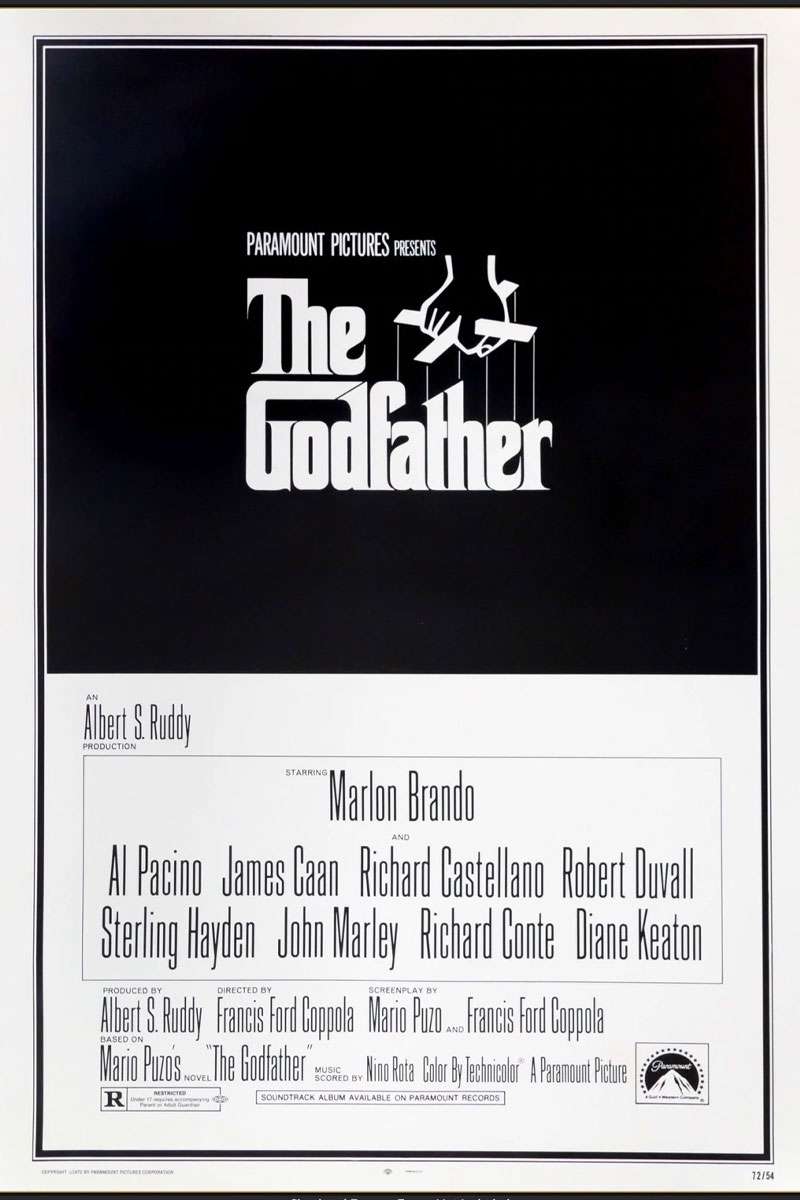