A few years ago a documentary was released called Room 237, about a group of obsessive people who believe that Stanley Kubrick was trying to send the world a message through The Shining. That message varies: to some it’s the truth behind the faking of the moon landing; to others it’s about the genocide of Native Americans. They see what they want to see; the movie has caught them inside itself, like the Overlook catches Jack Torrance.

Most directors make movies to look (and sound, and feel) like the real world. It’s the fundamental trick that makes movies work; they supplant, for two hours at a time, your own internal voice. You experience them much like you do your own, normally-lived life. Kubrick made movies to seem like dreams. Scenes flow into each other; the camera pans and lingers awkwardly; events aren’t necessarily strung together logically. The viewer is constantly conscious of seeing, not having the film’s images just appear in their mind’s eye. The Shining is perhaps his best match of style and subject matter. The story of a psychically charged hotel, the supernatural evil that dwells within it, the deeply damaged winter caretaker it preys upon (Jack Nicholson in one of this best roles), and his gifted son whose thoughts can be made real, it meshes perfectly with Kubrick’s rich, floating style. Everyone sees what they find scariest in The Shining, and all of them are right. 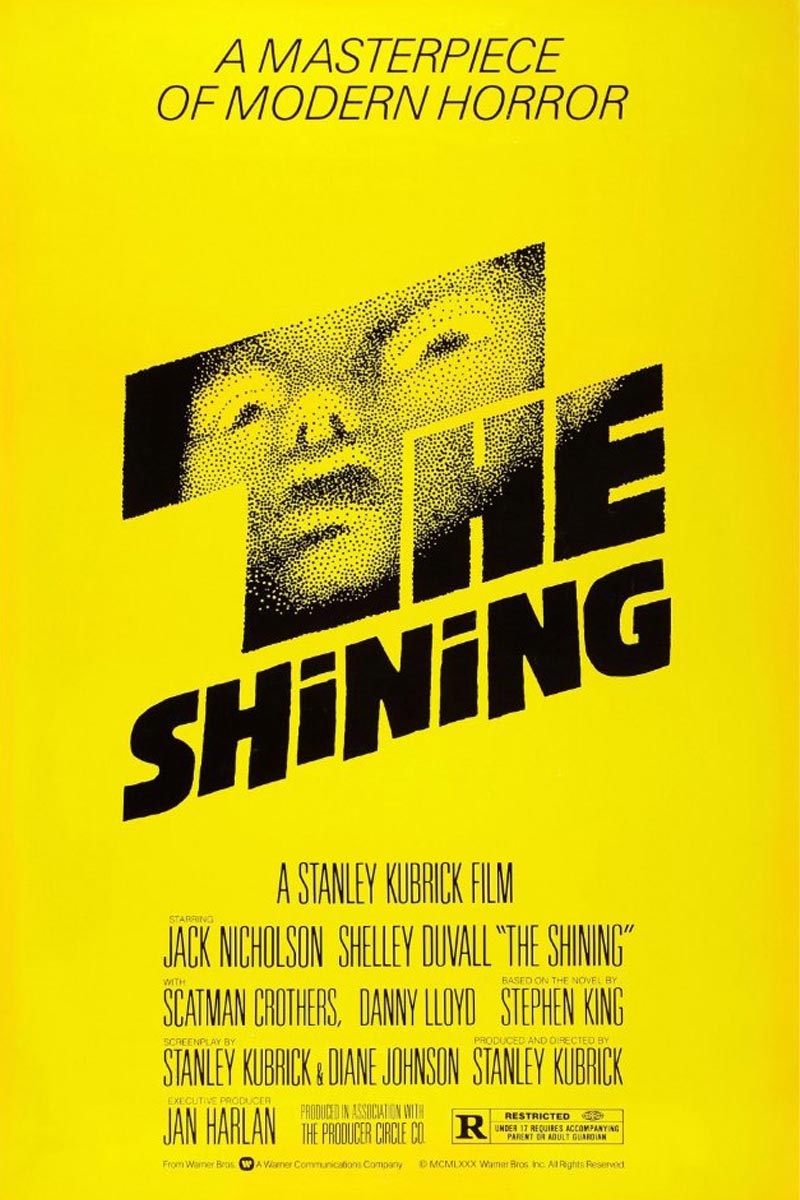