Vincent Price was a talented and multifaceted actor. But his true wheelhouse was playing the arch, debonair, overconfident and theme-intensive villain who deploys elaborate murder set-pieces and takes genuine joy in the terror he ignites. Viz. The Abominable Dr. Phibes, all the Poe adaptations, Houses both Of Wax and On Haunted Hill, even Batman’s Egghead. He’s sort of High Concept: The Guy. But when an all-star is on a hitting streak, you just line up the movies and get out of the way: between his first role and the point in the late ’70s where he mostly shifted to voice work, he made more than 80 feature films. And so, horror film archaeologists that we are, we find ourselves at one of his true late-career peaks — 1973’s Theatre of Blood!

Price plays Edward Lionheart, an effete Shakespearean theatre actor who is seen committing suicide by diving into the Thames after being humiliated at a theatrical awards ceremony. A few years later, he reappears and begins killing off the critics who failed to acclaim his genius by using murder scenes from William Shakespeare’s plays. (Honestly, who amongst us hasn’t considered it?) One of Price’s favorite roles (apparently he’d always wanted to do Shakespeare, but never got the chance), Theatre of Blood is among the best examples of Vincent being Vincent: traipsing gleefully around the screen, ending his enemies in horrific fashion and having a grand old time doing it.

And for this special Nightmare on Franklin Street screening, we are delighted to be joined by Tampa local and friend of the Theatre Hugo Morley, grandson of famed British character actor and featured Theatre of Blood victim Robert Morley, to introduce the film! 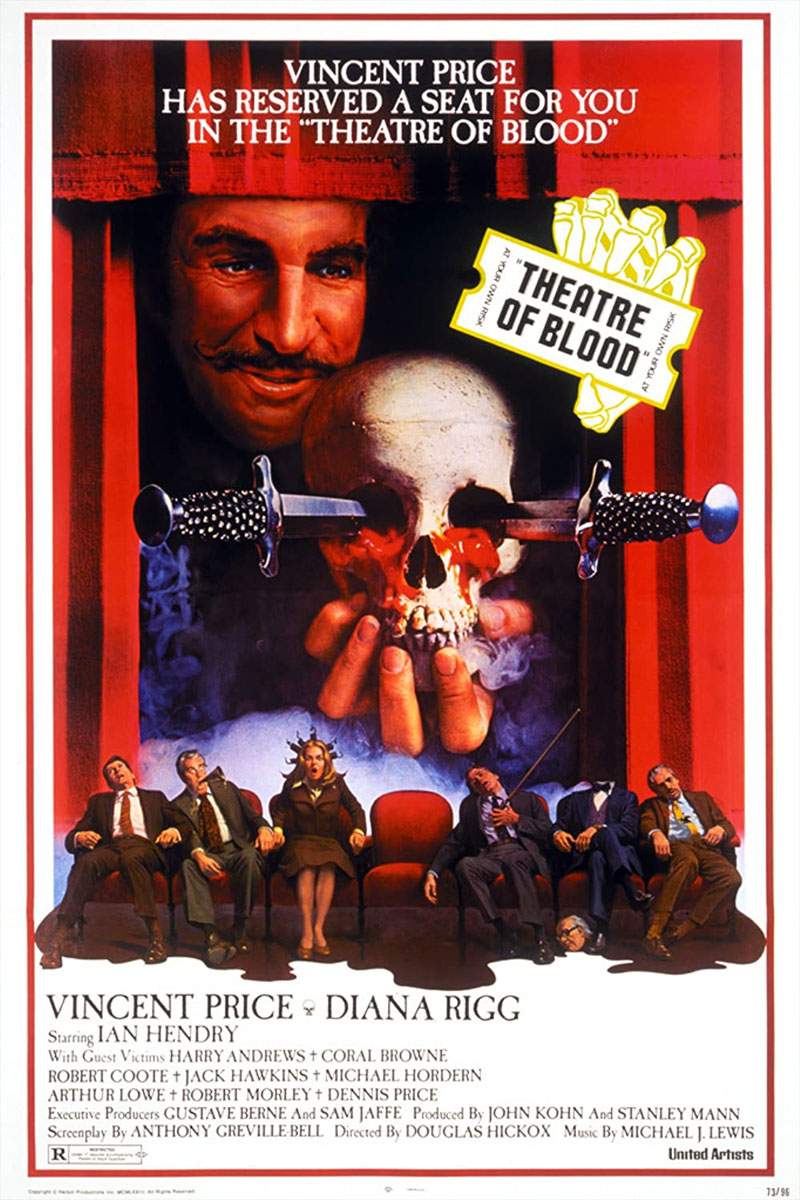