One Christmas Eve after watching a children’s performance of the nativity scene, three homeless people – a middle-aged alcoholic man named Gin, a trans woman named Hana, and a dependent teenage runaway girl named Miyuki – discover an abandoned newborn while searching through the garbage for presents. Deposited with the unnamed baby is a note asking the unknown finder to take good care of her and a key, leading to a bag containing clues to the parents’ identity. They decide to name the baby Kiyoko, meaning “pure child” but also a kind of pun on the Japanese transliteration of “Silent Night.”

Loosely based on the 1948 John Wayne western 3 Godfathers (which was itself loosely based on the Three Wise Men Christmas story), Tokyo Godfathers follows the journey of the trio as they stick together through thick and thin, hoping to deliver Kiyoko to her true home, and find their very own Christmas miracle. It’s an outside-the-box project for anime genius Satoshi Kon, better known for psychedelic-fantasy examinations of psychological states like Perfect Blue and Paprika. But it’s also a profound and humane take on a story that’s been sanded down into porcelain-figurine irrelevance. 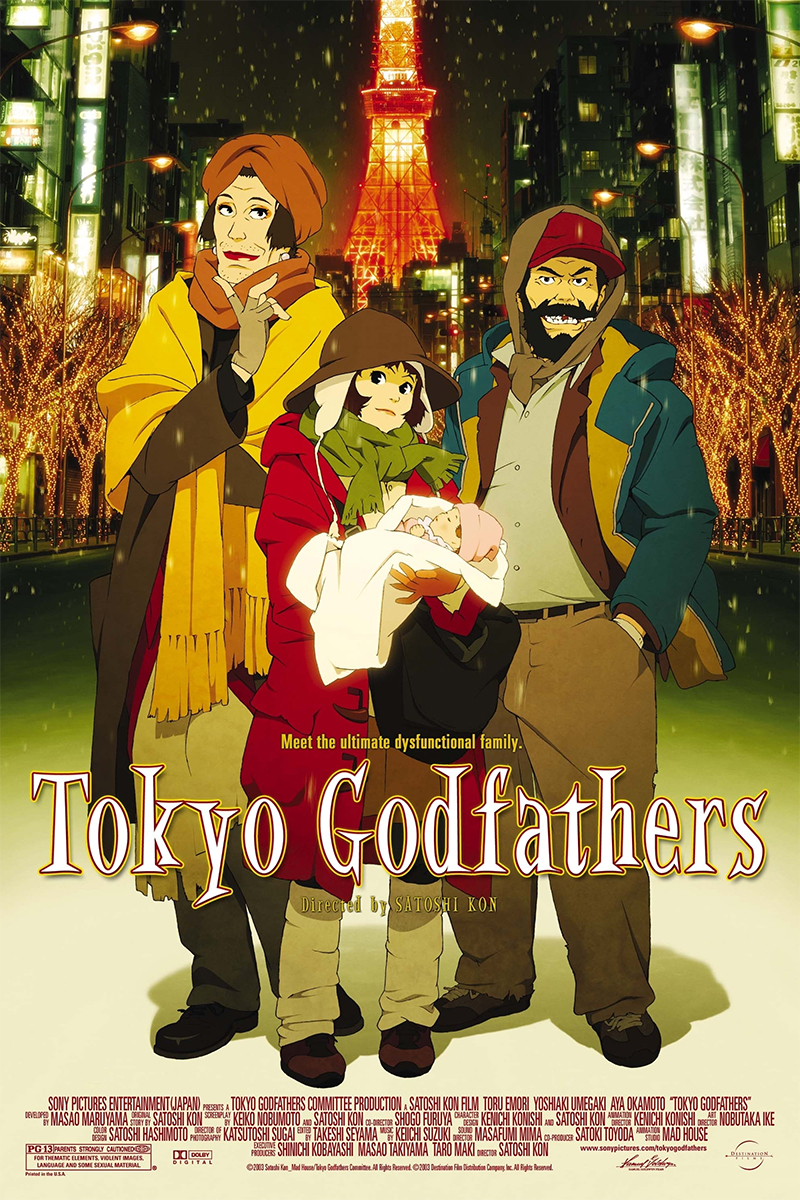