A feature-length documentary that looks at the culture of New Orleans through the lens of music. New Orleans has a distinct history as a result of its political and social history. There is a thread that runs through the city that can be heard from the drumming at Congo Square in the 1700s through to today’s vibrant music scene. The music of this city is a powerful form of expression. It was a vehicle to communicate a desire for freedom, express frustration of the injustices of segregation and Jim Crow laws, a healing force that helped bring the city back from the devastation of Hurricane Katrina, and is still a vital form of expression against ongoing cultural & racial biases.

Through performance footage of and interviews with the likes of Louis Armstrong, Sweet Emma Barrett, Harry Connick Jr., Wynton Marsalis, Dr. John and more, Director Michael Murphy and Executive Producer/trumpeter/composer/band leader/Blue Note recording artist Terence Blanchard show how the culture of the city is reflected in its music, how music impacts culture; and how even in the darkest of times, music lifts and unites.

Live Q&A session! On Saturday, May 16 at 7pm EDT, Up From The Streets Executive Producer Terence Blanchard and Producer/Director Michael Murphy will participate in a free, LIVE virtual Q&A session to discuss the music and culture of New Orleans and answer your questions about the film. CLICK HERE TO RSVP

After your purchase you can watch Up From The Streets on your computer, phone, or tablet, or cast to your Google Chromecast or Smart TV.

A portion of the proceeds from every ticket sold will be donated to The New Orleans Jazz & Heritage Foundation’s Jazz & Heritage Music Relief Fund, a statewide relief fund created to support Louisiana musicians and music industry workers whose livelihoods have been adversely impacted by this unprecedented crisis.

The film’s distributor, Eagle Rock, will also be splitting revenue with Tampa Theatre, 50/50. Please note that this arrangement, in these unprecedented times, means that we are unable to offer Member pricing for virtual screenings. Thanks for your understanding, and THANK YOU FOR CONTINUING TO SUPPORT TAMPA THEATRE! 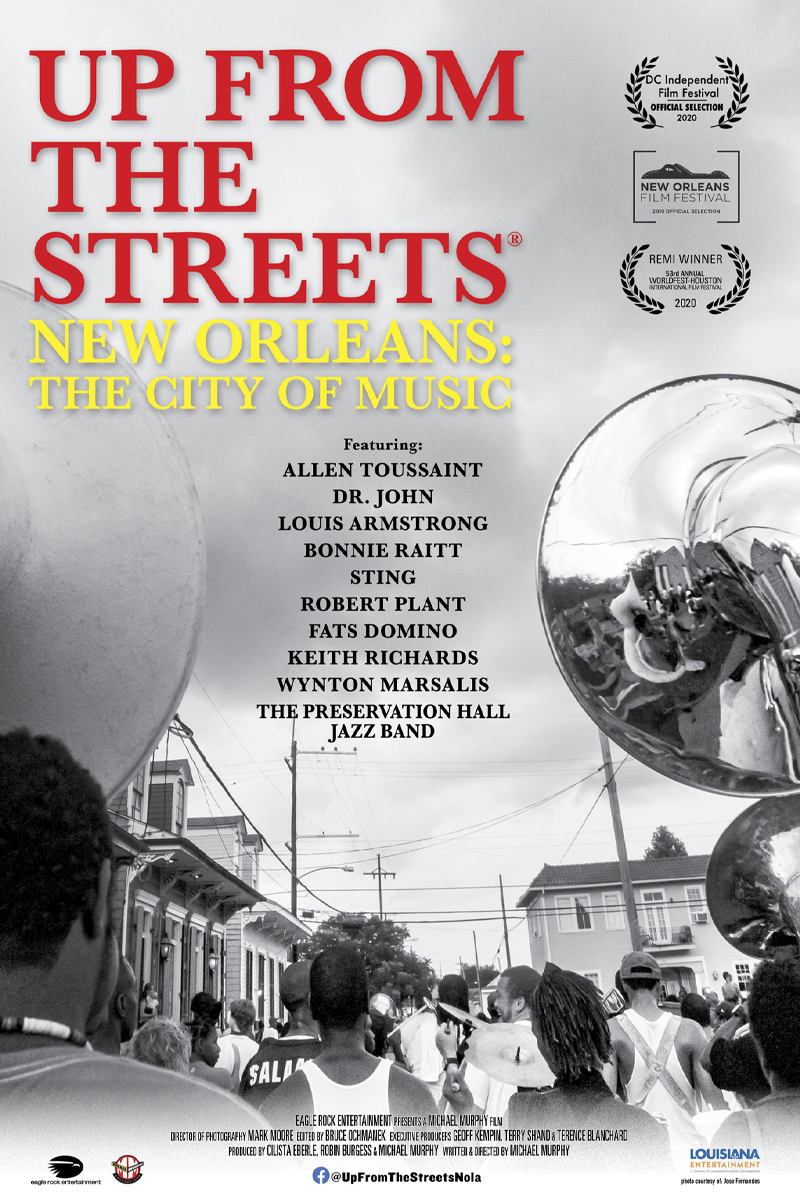