Over its 96-year history, Tampa Theatre has starred in the love stories of many Bay-area romantics: from first dates under the starry sky to stolen kisses in the balcony; from “meet cutes” under the historic marquee to Hollywood-dream proposals on the stage. If Tampa’s majestic movie palace is part of your love story – or if you would like it to be – you are invited to spend a romantic evening under the stars with Valentine’s Vows and a classic romantic comedy at Tampa Theatre on Tuesday, February 14!

At 7:00pm: The Right Reverend John Bell (also known as Tampa Theatre President & CEO John Bell, armed with an internet-official certificate of ordination) will invite married couples to participate in an en masse renewal of their wedding vows – written especially for an audience well-versed in romantic movie quotes – and a champagne toast to “happily ever after.” And should there be anyone ready to walk down the aisle (both literally and figuratively) that night, just bring your marriage license, and the Rev. Bell will perform the legal ceremony!

At 7:30pm: Buster Keaton’s silent Seven Chances will provide the perfect excuse to sneak an arm around your Valentine. In this 1925 classic, Buster Keaton is Jimmy, a soon-to-be-unemployed desk jockey who gets word that he stands to inherit seven million dollars if he is married by 7:00pm on his 27th birthday. Which would be great news, except that TODAY is his 27th birthday! With just a few hours to make his fortune, he immediately sets out to get hitched, first to his sweetheart (who says yes, but then refuses when she discovers his circumstances) and eventually to any woman he happens to come across.

Sometimes called one of Keaton’s less ambitious projects, a better description might be “less frenetic.” Rather than pushing from stunt set-piece to stunt set-piece, each more thrilling and outlandish than the last, Seven Chances sprinkles in the physical comedy judiciously (don’t miss the famous avalanche chase!) while centering most of the film’s attention on Keaton’s hilarious, farcical, earnest romantic advances. It’s a tried-and-true rom-com formula that’s just as funny now as it was in 1925.

Film tickets are required to participate in the vows ceremony at no additional cost. To register for the vows, please contact Jill Witecki at jill@tampatheatre.org or (813) 274-8287. 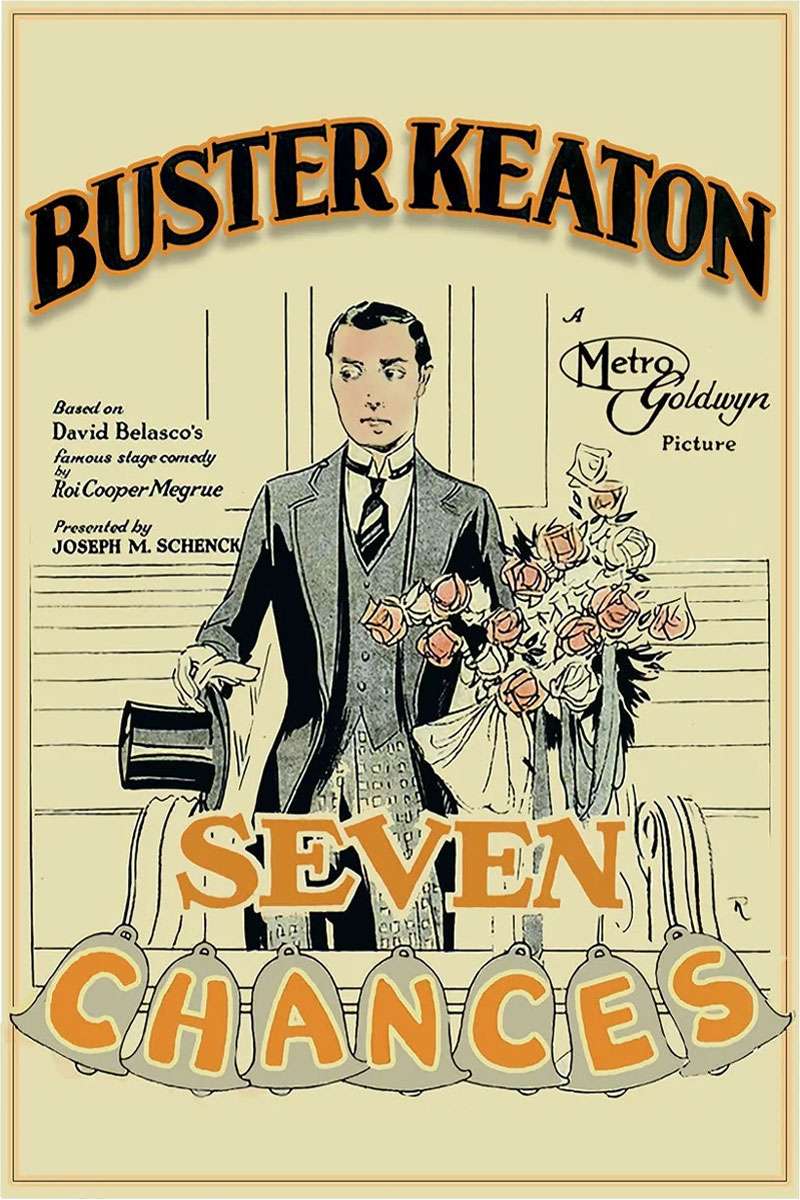