Based on the famously unfilmable 1985 novel by Don Delillo (and not to be confused with the unrelated 2003 Michael Keaton thriller), White Noise is set in a cozy, leafy fictional college town, which has grown up around a small liberal-arts school called The-College-on-the-Hill. Jack Gladney (Adam Driver) and his wife Babbette (Greta Gerwig) are a complacent, privileged upper-middle class couple — he’s a professor of Hitler studies, she’s a stay-at-home mom of four with a reliance on a certain pill. They socialize with Jack’s colleague Murray (Don Cheadle), they bumble about with meaningless little pseudointellectual games, and they seem to have a happy (if broadly satirical) life. That is, until the airborne toxic event. When a truck full of toxic chemicals crashes into a train and produces a massive, black chemical cloud that slowly creeps towards the town, no one knows what to do. Will it poison everyone? Should the family evacuate? In the end, does it even really matter?

Director Noah Baumbach (The Squid and the Whale, Frances Ha, Marriage Story) is very comfortable with the tweeded-up East-Coast yuppie lampoon that’s half of this movie’s DNA. But he’s never adapted someone else’s work before, and there’s a streak of deep, nihilistic melancholy and an ear for the lyrical in Delillo that Baumbach has never fully mined. White Noise is mannered, funny and poignant right up until it isn’t, until it becomes a portentous, dread-soaked disaster movie about conspiracy, trust, and the deadly outcomes of consumerism. 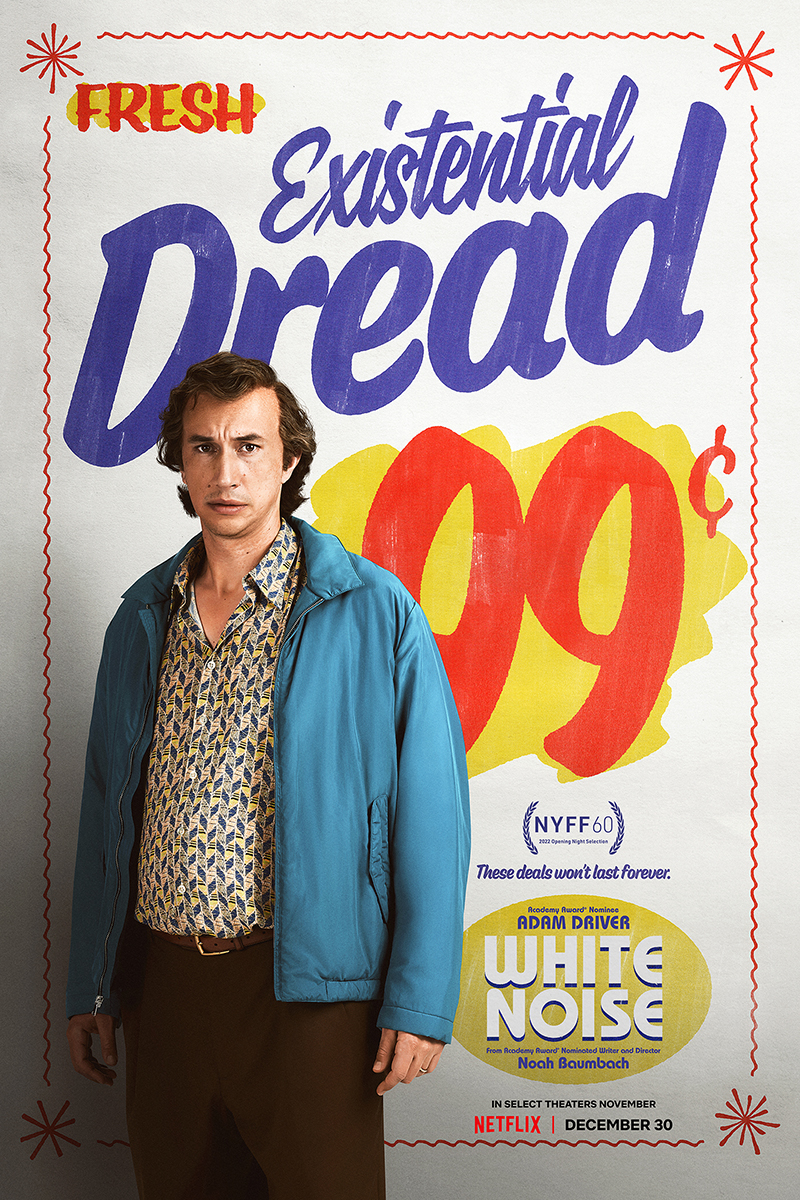