In 1979, on a parallel Earth where Tobe Hooper was apparently never born or this whole crew would have kept driving all the way to Nevada, a group of aspiring pornographic filmmakers stop at a farm in Texas to shoot their new movie. Performers Bobby-Lynne (Tampa’s own Brittany Snow) and Jackson Hole (Kid Cudi) strike up a romance, director RJ and his girlfriend Lorraine end theirs, and the producer Wayne talks his girlfriend Maxine (Mia Goth) through her first shoot.

But the old couple who rented them the farm are somehow, impossibly, even worse than the usual Airbnb host. They begin killing the kids (and others besides) in gruesome, perverse ways. Chock full of homage to horror classics like the aforementioned Texas Chain Saw Massacre and Psycho along with “Golden Age” porn movies like Debbie Does Dallas, and drawing on the long and storied lineage of the cinematic Scream Queen (film writers have already dubbed Snow the Millennials heir apparent to the Scream Queen throne), director Ti West’s X is a satisfyingly metafictional treatment of a classic slasher story — and the kills are awesome. 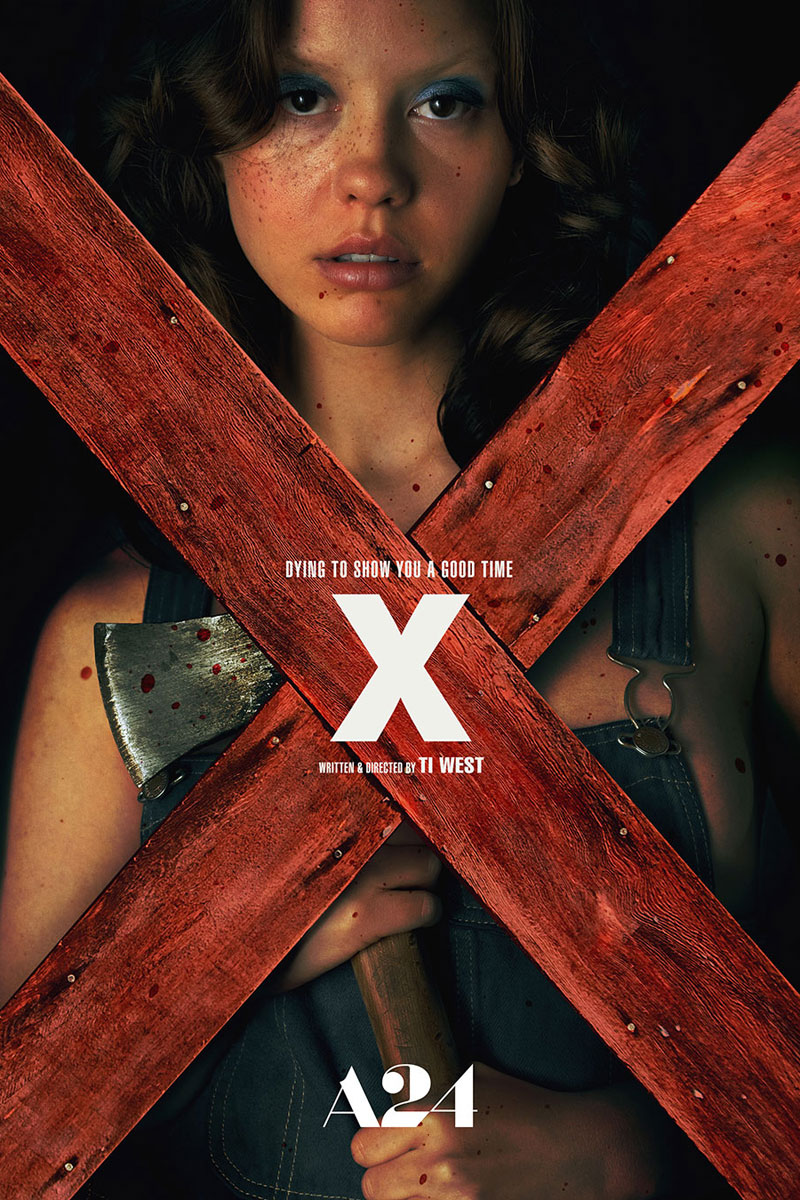