Director George Lucas (THX-1138, American Graffiti) is back at last with a sequel to 2005’s Star Wars: Episode III – Revenge of the Sith! Mark Hamill (the voice of the Joker from Batman: The Animated Series) stars as Luke, one of the now-grown children of Anakin Skywalker. After tragedy befalls his adopted family, Luke must team up with a pair of “droids,” a mysterious old hermit and a scruffy, roguish smuggler to… wait what year is it?

We at Tampa Theatre have been trying in vain to get permission to screen Star Wars (now known as Star Wars: A New Hope*) since Grand Admiral Thrawn was still EU canon. For about two decades, our president and CEO has had a business card in his Rolodex with a phone number for Skywalker Ranch. But the rat-king of mergers and acquisitions in the film industry has finally paid dividends. Star Wars created the idea of fandom as we now know it. Its universe is unfathomably detailed. Careers, nay, industries have been built on the back of Star Wars analysis and behind-the-scenes content. What could possibly be said now that you don’t already know? How could we surprise you? Only two things come to mind: one, it’s extremely unlikely you’ve seen this first Star Wars movie in a movie theater that was playing it legally, and when John Williams’ theme for Luke starts playing as the two suns set on Tatooine, no matter how jaded you believe yourself to be, it will break your heart (and if you bring your kids, it might change their lives). And two, the guy in the cantina scene that looks like a devil is a Devaronian musician named Kardue’sai’Malloc and Boba Fett personally distributed his album.

*The film has been reissued many times with Lucas’s support—most significantly with its 20th-anniversary theatrical “Special Edition”—incorporating many changes including modified computer-generated effects, altered dialogue, re-edited shots, remixed soundtracks and added scenes. #HanShotFirst

OneBlood’s Big Red Bus will be outside the Theatre from 11am-4pm. Blood donors will receive a FREE ticket to any of the Summer Classics movies, plus a $20 eGift Card, a OneBlood T-shirt and a wellness checkup. Click here to reserve an appointment.

Then, presenting sponsor Bank of America will be in the lobby from 2:00-3:00pm before the film to give away FREE 4×6” souvenir photos. Just pose against the green screen and watch as you are magically inserted into a famous scene from the movie!

This screening is sponsored by Tucker/Hall. 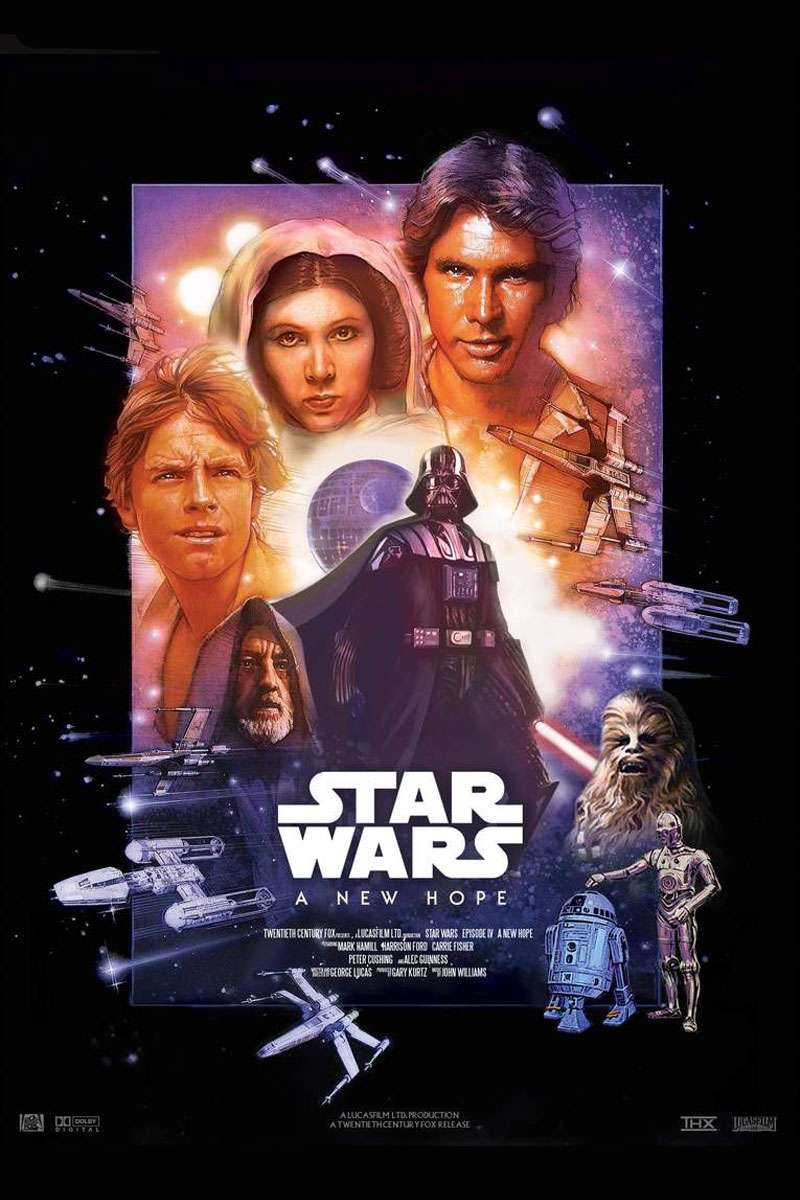